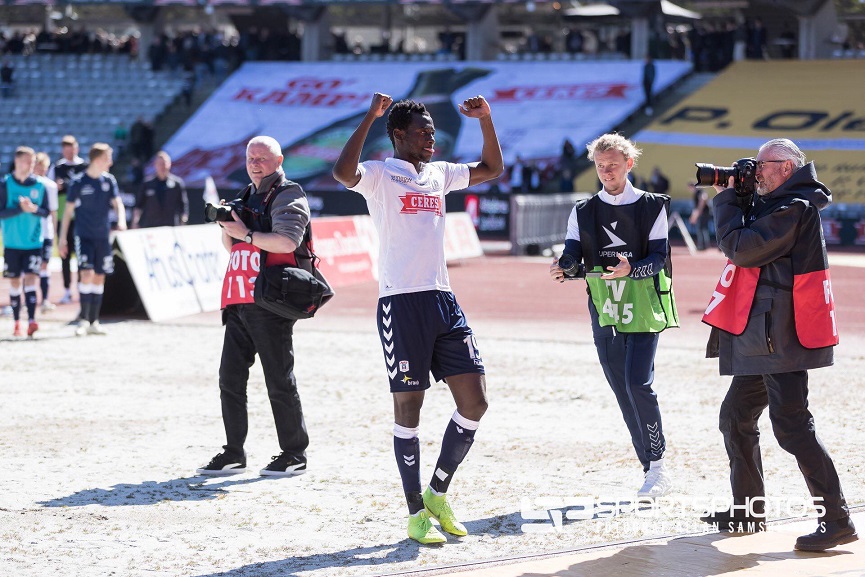 Youngster Mustapha Bundu has scored two goals in his last three games for AGF as they beat AC Horsens 3-1 on Sunday at Ceres Park.

The Danish Superliga side has secured their place in the league for next after five playoff wins.

Bundu was also named Man of the Match as goals from Youssef Toutouh, Mustapha Bundu and Alexander Ammitzbøl, were enough for the home team.

It means, for the first time ever, they have registered five consecutive wins in the history of Superliga. Sunday afternoon’s victory was their fifth win in the Superligaen playoffs.

Louka Prep pulls one back in the 69th minutes for the visitors but did not change the fact that AC Horsens is now without a victory in the last 10 matches.

The 32nd-minute goal was Bundu, 22, fifth in all competition a precious one helping his side remain in the top flight.