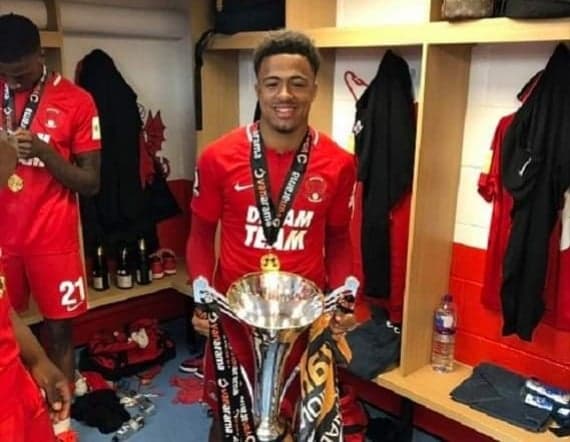 Josh Koroma, who was the youngest O’s player to score a hat-trick for the Club on March 4, 2017, has helped the club back English Football League Two.

Leyton Orient won promotion back to League Two after a goalless draw at home to Braintree Town last Saturday as they secured the top spot on the final day of the National League season.

The Sierra Leone native registered 11 goals for the O’s on their way to winning the title, and his fine form has warranted an England call up for Non-League players in recent weeks.

Leyton Orient was relegated from the EFL in 2017, but their National League title triumph this season is a boost for them to continue to develop young talent the likes of Josh Koroma, and others.

Koroma took to his official Twitter account to express his delight showing off his ‘title with a three-medal’ displayed after his side promotion and their title-winning season.

The youth team product Josh Koroma signed his first professional contract with the Club in September 2016.