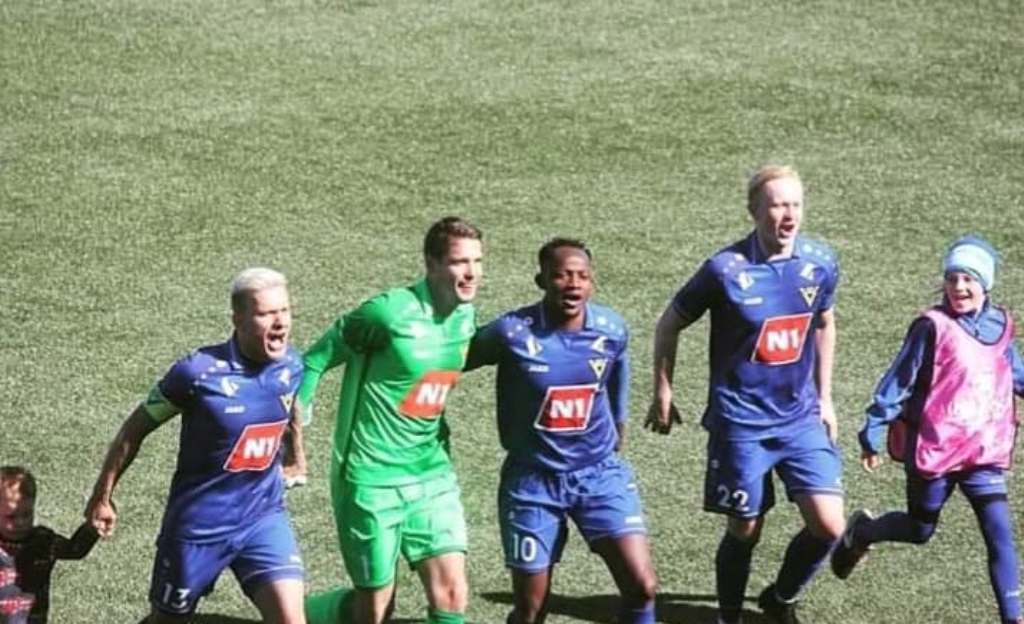 Midfielder Sorie Barrie says he was pleased with Víkingur Olafsvík impressive start to their opening 2019 season in Iceland.

Barrie, who has been a pivotal player for the Icelandic second-tier said, maintained he is looking to help the team to a new height this season.

He was in action as they eased passed IF Grotta 2-0 last Sunday and expected to be part of the Olafsvík side facing KF Haukar today.

“I’ve settled in quite well and ready for this new season. We’re like a family at the club we try to help each other on and off the pitch.”

“My expectation for the new season, I want our team to move forward, and win Trophy this campaign by the power of God.”

He was the captain and scorer for the Sierra Leone side that eliminated Cameroon from 2016 Olympic Games football qualifiers in May 2015 under John Keister.

He joined the Icelandic second-tier side on loan from FC Kallon in January 2018.