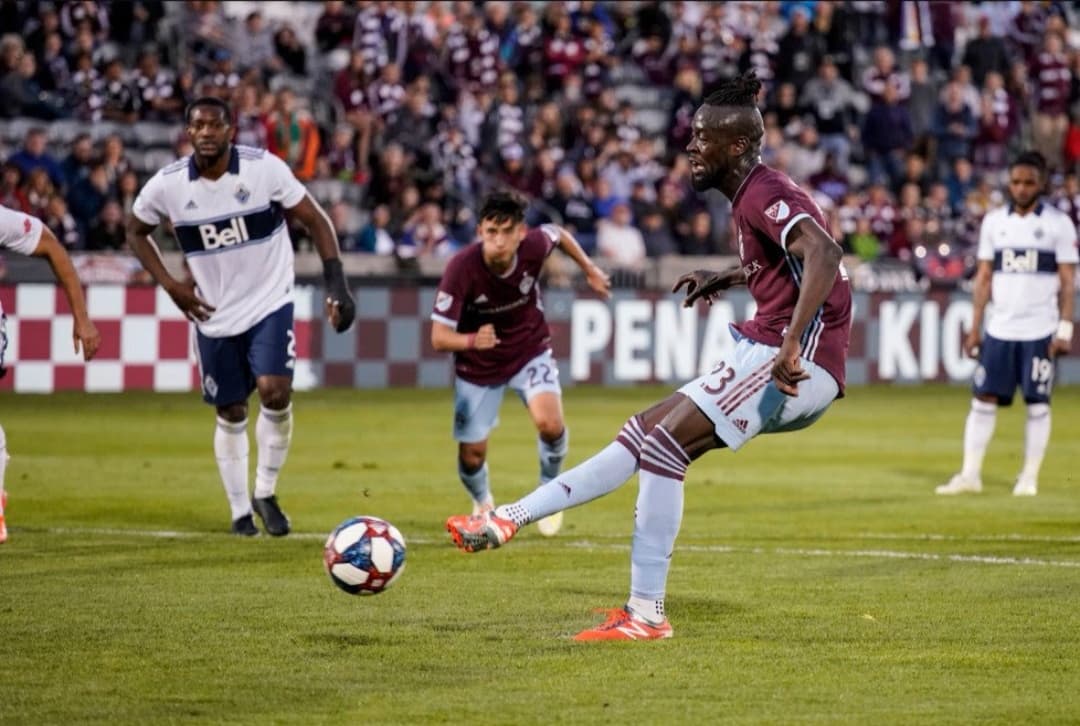 The Rapids set a new MLS record for the worst 11-game start to a season.

It was a game that has everything, as fans witnessed two penalties, a red card overturned to a yellow, three video reviews, a goal waved offside, in a five goals contest.

Goals from Albert Rusnak and Corey Baird gave the visitors the lead in the 25th and 27th minutes respectively. The home pulls one back just before the break by Kellyn Acosta.

The first half ended 2-1 in favour of the visitors. Back from recess, the home side levelled the scoresheet through Danny Wilson on the 47th minutes.

Former Valerenga forward Sam Johnson scored in 53rd minutes to give Real Salt Lake the much-needed victory. With Sierra Leone international Kei Kamara missing from the penalty spot what could have been the equalizer.

(Photo: The Rapids forward Kei Kamara takes a penalty kick and scores a goal against the Vancouver Whitecaps during the first half of an MLS soccer match Friday, May 3, 2019, in Commerce City, Colo.)