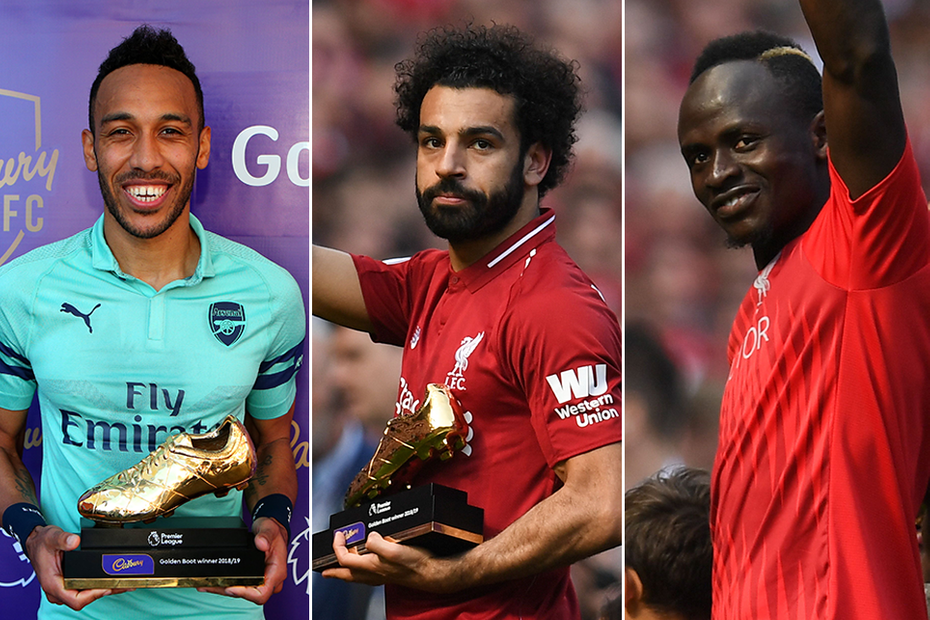 Egyptian Mohamed Salah led the race going into the final day, but he could not add to his 22 goals.

Senegal’s Mane struck twice in the second-placed Reds’ 2-0 home win over Wolverhampton Wanderers to tie with his Liverpool team-mate.

Gabon’s Aubameyang also netted twice, in a 3-1 win at Burnley, and he was the man who threatened to take the award on his own as he missed a late chance to claim a hat-trick.

Mane and Aubameyang have won the award for the first time, while Salah has claimed the Golden Boot in back-to-back seasons, after scoring 32 times in 2017/18.

It is the first time three players have shared the award since Jimmy Floyd Hasselbaink, Michael Owen and Dwight Yorke in 1998/99.