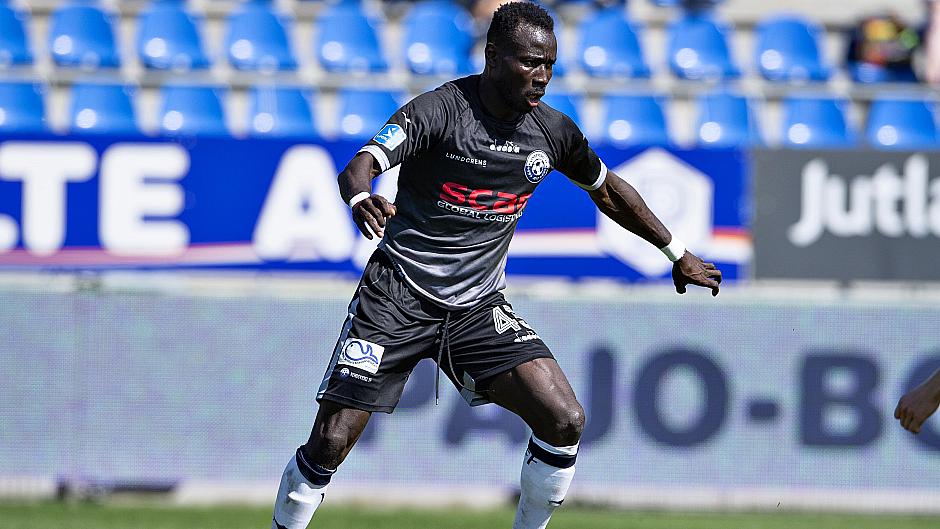 The Sierra Leonean striker has hit the ground running in Denmark since joining from Vendsyssel, where he scored four goals in nine appearances.

One of the goals he scored was against Randers in a 1-1 draw in April at Cepheus Park Randers.

Speaking to the clubs’ website, Kamara expressed his delight after his impressive spell with Vendsyssel.

“I look forward to getting started in Randers FC I have been in Denmark for some months, and got an insight into the level in the Super League, which makes me know how the different clubs play,” the former Allsvenskan winner to club’s website.

“I see myself fit well into Randers FC’s playing style. It’s a step up for me, and I’m looking forward to pulling the beautiful light blue shirt over my head.”

“We have just learned that Alhaji is something of a mouthful to play against. He is a fast-paced, hard-working and body-powerful attacker who also knows where the target stands.”

“We saw this at Cepheus Park Randers, where he spiced a good effort with a nice main goal. He is an attacker we do not have in the squad already, so we are incredibly happy that we have managed to get him to Randers,” sporting and commercial director Søren Pedersen.