Kamboi Eagles attacker Badara Kella Jr happy to be back 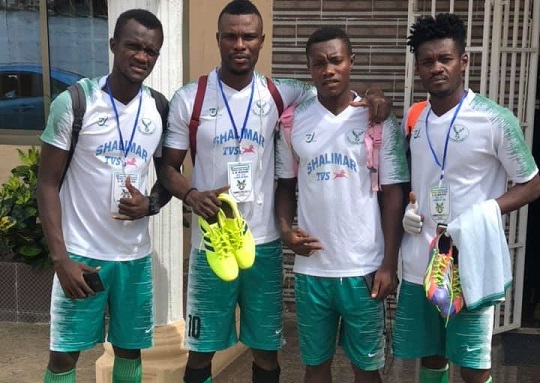 Striker Badara Kella Jr was delighted to be part of the Kamboi Eagles squad that defeated Central Parade 1-0 last Sunday at the Kenema Town playing field.

Kella had not been involved since injured against Diamond Stars in their opening league campaign in Kono.

“It’s been frustrating for me as I’ve been out for over two months. Got injured during our first match against diamond stars of Kono,” the former U23 attacker admitted.

However, the attacker, who scored his first International goal against Benin during the 2012-2013 WAFU competition, sounded positive with his recovery process.

“Obviously, happy to be back and have featured twice in the 4-2 defeat against East End Lions and in our 1-0 victory over Central Parade last week Sunday.”

“In this current league, due to injury, I have appeared in three matches with no goal recorded as yet,” he added.

“Although it has not been that smooth for me, however, I’ve been impressed with the teams’ present form. We have played good football so far, and we are hoping to end the season on a high spirit.”

Kamboi Eagle’s next outing will be against giant Mighty Blackpool both teams on 22 points on the current standings.

In 2015, he scored a prominent goal for Kamboi Eagles against Algerian football club ASO Chlef in the CAF confederation in Kenema Town field.

Photo: Kella Junior second from left with teammates before the Central Parade victory.