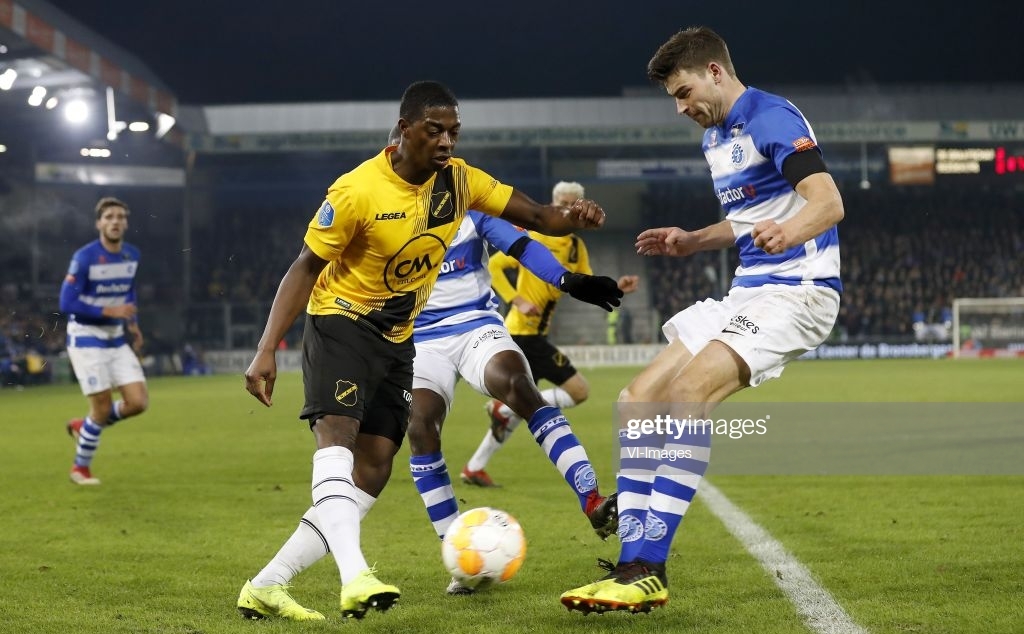 Former Crystal Palace academy graduate, Sullay Kaikai, has reassured NAC Breda’s fans that they will bound back next season after relegated from the Dutch Eredivisie.

The winger last month admitted his frustration over lack of playing time with Dutch club Breda.

Kaikai will play his first full season with Breda in the Dutch Keuken Kampioen Division next season.

However, the 23-year-old will have to be a pivotal striker if the club is to gain immediate promotion to the Dutch top league.

Since his move, the winger has only appeared in six games without a goal but has been pleased with the Dutch style of football.

“I like the style of Dutch football. It’s a style that suits my playing style. Players are comfortable on the ball, in all situations, they like to build up from the keeper,” he told this medium last month.

The former Brentford and Charlton Athletic player took to Instagram to conveyed his message.

“Disappointing season for everyone. You fans gave us full support no matter how difficult things got, so thank you. We’ll bounce back @nacnl ??.”

Born in the London Borough of Southwark, Kaikai is hailing from Sierra Leonean parents.

Disappointing season for everyone. You fans gave us full support no matter how difficult things got, so thank you. We’ll bounce back @nacnl ??