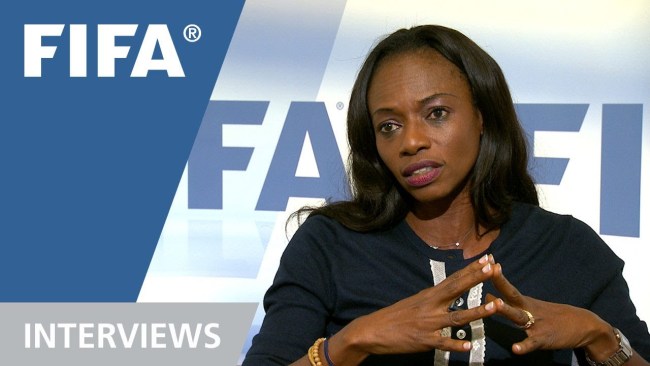 The Sierra Leone Football Association president, Isha Johansen and her Sec-gen Chris Kamara have been found innocent, of all charges, in a Freetown Court after seven months of Fifa suspension.

Sierra Leone was disqualified from the qualifying campaign for next month’s Africa Cup of Nations in Egypt following last year’s Fifa suspension.

Today’s verdict has cemented the way for Johansen to regain control of the federation and for the FIFA ban on the country to be lifted.

Fifa said in October last year that they will consider lifting Sierra Leone’s suspension from international football after the corruption case against the country’s FA President Isha Johansen and Chris Kamara end in court.

“Fifa will wait for the completion of the trial before further measures can be considered, including the lifting of the suspension, if deemed appropriate,” said a Fifa statement.

“We lost! Now is time to take a deep breath and review the judgment for next steps. That is what due process is! Kudos to country.”

The ruling has brought an end to the trial which has been running for nearly two years.