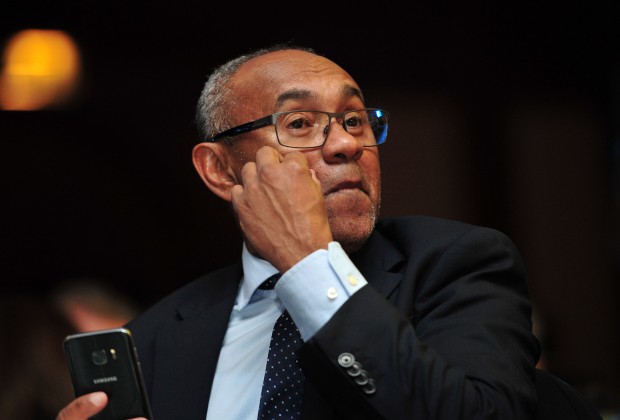 The President of Confederation of African Football (CAF) Ahmad Ahmad has been arrested in Paris, capital of France.

The 59-year-old on Thursday morning arrested at a hotel in Paris, where he was staying to attend the FIFA Congress.

He has been president of the Confederation of African Football President since replacing Issa Hayatou in March 2017.

The world football governing body, Fifa has also confirmed that the Confederation of African Football is with authorities in France answering questions.

“In relation to allegations related to his mandate while President of Caf,” Fifa stated in a statement.

It added that “Fifa is unaware of the details surrounding this investigation and is therefore not in a position to make any comment on it specifically.”

“Fifa is asking the French authorities for any information that might be relevant to investigations taking place within its Ethics Committee.”