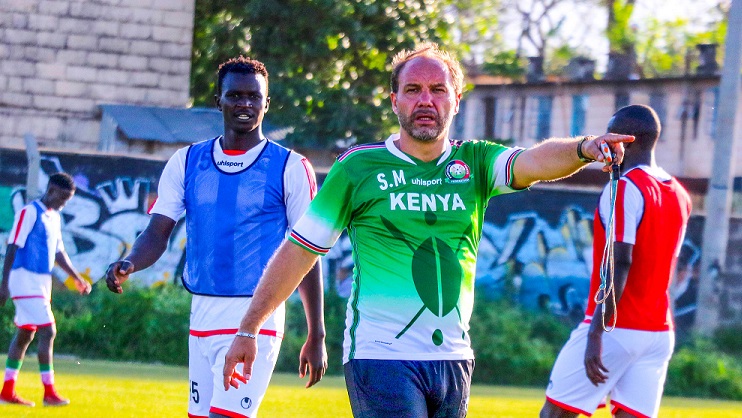 Sébastien Migné has confirmed his 23-man final squad that will board the plane to Egypt, as Kenya bid to challenge for the biggest prize in African football.

The Harambee Stars french coach has omitted four from an initial 27-man squad that is in camp in Paris, France, among them Christopher Mbamba, who has failed to recover from an ankle injury he picked up in his last match before checking into camp.

Kenya and Ghana qualified for this months tournament following Sierra Leone disqualification by the Confederation of Africa Football last year.

The team is getting set for their final pre-AFCON friendly match against the Democratic Republic of Congo, set to be played on Saturday, June 15, 2019, in Madrid, Spain.

Stars will then jet into Egypt on June 19, 2019, five days before their opening match of the tournament against Algeria.