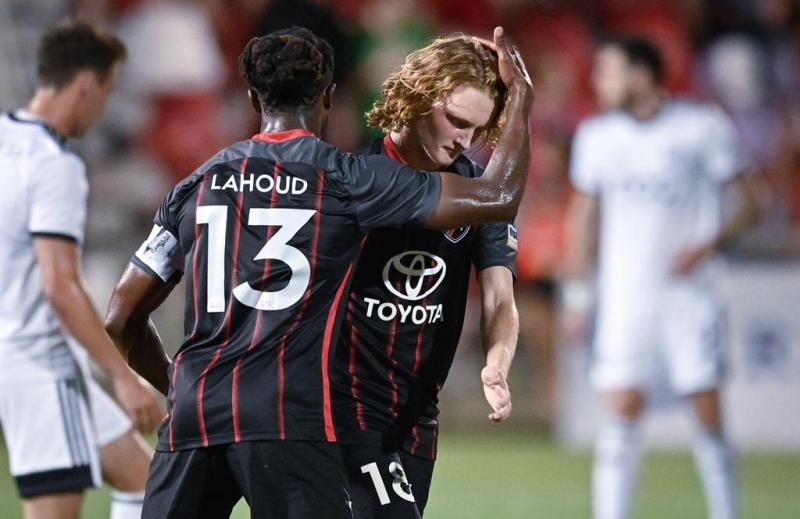 A penalty saved from goalkeeper Matthew Cardone and a late equalizer from midfielder Jack Barmby earned the Alamo City club, its first point on the road of the season.

Lahoud’s Antonio could have opened the scoring in the 8th minute if it wasn’t for the quick feet of Cody Laurendi.

However, hosts Oklahoma City Energy opened the scoring in the 55th minute after midfielder Rafael Garcia converted from the spot to give the Energy the 1-0 lead.

San Antonio FC level the scoreline in the dying moments of the match after Barmby buried a direct kick from distance past goalkeeper Cody Laurendi.

San Antonio FC will return to USL Championship action as they visit Fresno FC at Chukchansi Park next Friday, June 21. They won their last game at home against Reno 1868 3-2.

Since joining San Antonio in January, Lahoud has been a pivotal player making 13 appearances over 1350 minutes on the pitch. They are standing 15th in the USL Championship Western Conference table.