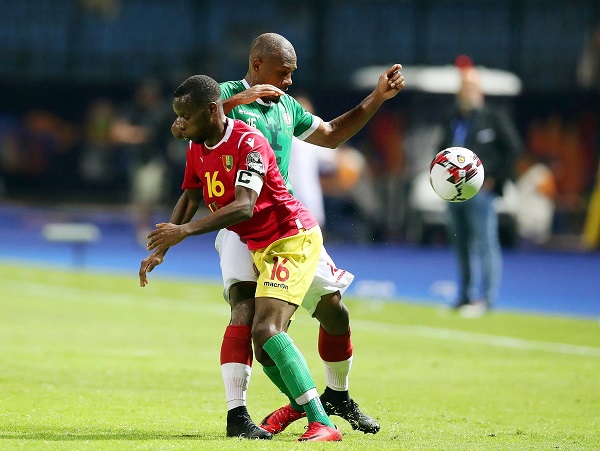 Debutant Madagascar played to a 2-2 draw with Guinea in their first-ever match at the Africa Cup of Nations on Saturday in Alexandria.

The Madagascans took a shock second-half lead to stunned their West African counterpart as the second surprise at the tournament.

Sory Kaba superb goal gave the Guineans the first-half lead in the 34th minute before the Malagasy stunned their opponents with goals from Anicet Abel and Carolus Andriamatsinoro early in the second half.

Francois Kamano spared Guinea’s blushed by equalising with a penalty in the 66th minute.

In the day’s early kickoff, Nigeria needed a late goal to beat Burundi, another team making their debut at the tournament.

Nigeria top the group with three points, followed by Guinea and Madagascar on one and Burundi on none.

Here's how Group B looks after the first round of matches…? pic.twitter.com/zfZStQuu1S

Both teams settled for a point each after a 2-2 from their #TotalAFCON2019 opener.