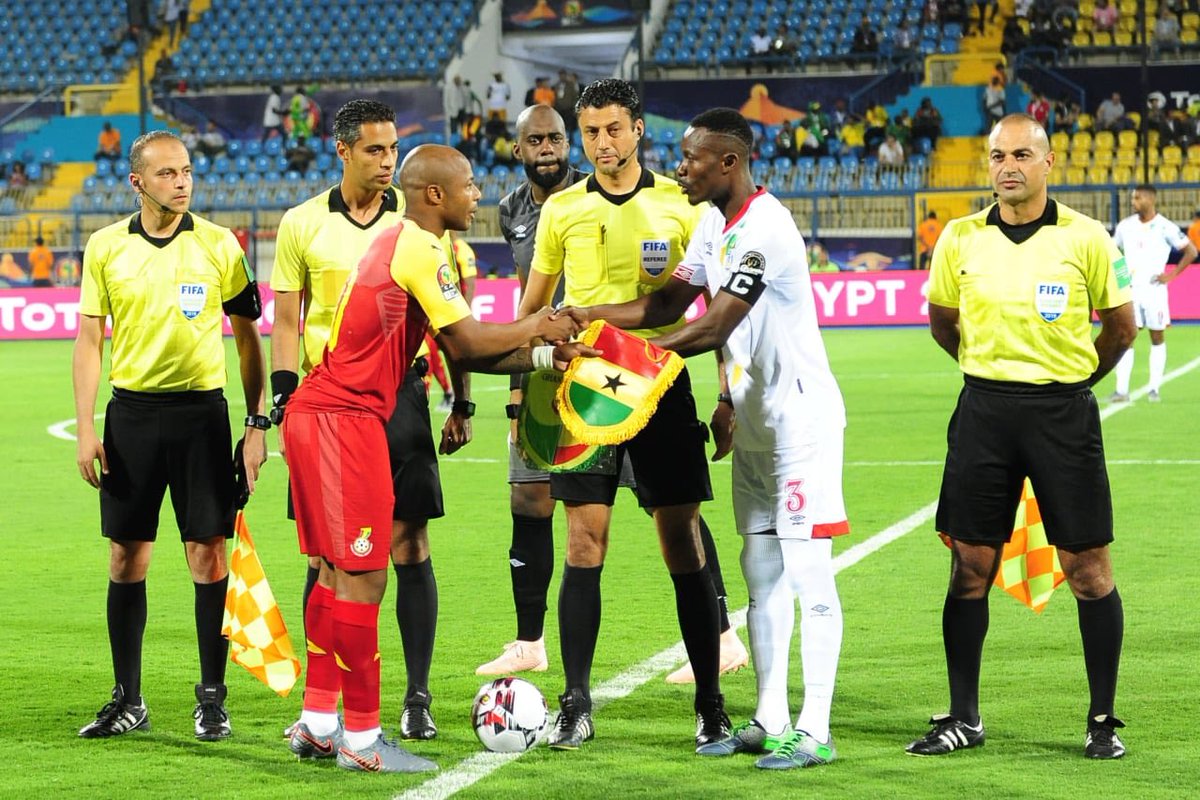 Brothers Andre and Jordan Ayew were both on target as 10-man Ghana were forced to a surprising draw against Benin on Tuesday in Ismailia Stadium at the Africa Cup of Nations.

His younger brother Jordan fired Ghana ahead, but Pote earned the Squirrels a point after John Boye was dismissed for a second yellow card.

Group F favourites Ghana arrived in Egypt aiming at the title but was carved open for Benin’s opener, which came from the first real attack of the contest.

Later in the second half, defender Boye – who had been booked in the first half – was shown a second yellow card for time-wasting.

#TotalAFCON2019
And the winner of the Total Man of the Match is J. Ayew!#GHABEN #FootballTogether pic.twitter.com/TJz00YKudq