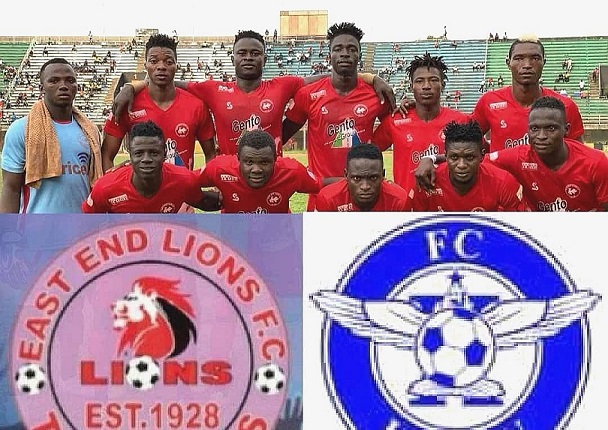 All roads lead to the Siaka Steven Stadium later this evening kick-off 18:30 hours.

EE Lions’ coach John Keister briefly to FSL Media: “We’ve just been working really hard to put things together and for it to work as this is a very difficult game.”

Keister, who did not want to speak on his tactics, has turned the undefeated Red and Black East End giants into a swashbuckling side capable of winning this years’ title.

They stretched their unbeaten run to 20 games with victory over Republic of Sierra Leone Armed Forces FC. Nevertheless, Lions lead Kallon by a mere point a defeat will see their closest rivals edge them by two points with three games to go.

‘The Killers’ was outstanding in the reverse meeting winning 2-0 back in March watched by over 40,000 soccer fans across the country. Conversely, since then, the youthful Kallon’s side has been resilient, winning five out of eight matches hoping for the league leaders to slip up.

Dangerman Musa Tombo Kamara is the league’s joint top scorer with 11 goals the Kallon defence must be ready to contain him if they are to take anything from this crunch contest.

Coach Amidu Karim side, on the other hand, has been persistently on the chase in recent matches. The way they outclassed Mighty Blackpool in their last outing was a glimpsed of what they can replica against Lions.

Admirers talked about the signal of strength, and warning to the league leaders. The Killers are fully aware of the threat their counterparts poses.

The visitors will want to rewrite history, avenging the first leg defeat, and turned things around. Victory will see them moving two points ahead.

Some pundits are of the opinion that when the stakes are high, that is when one of Sierra Leone’s most decorated sides, ‘The Killers’ showcase talents to maintain standards.

It’s expected to be fierce as one of those games you cannot take your eyes off every move until the final whistle all eyes will be on the centre referee.