Goal-shy Cameroon bank on Ekambi in mega clash with Nigeria 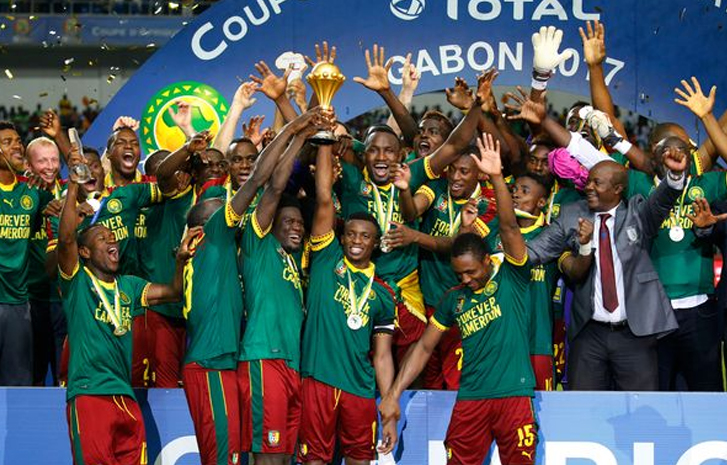 Ekambi was the leading Villarreal scorer in the Spanish top flight last season with 10 goals but has failed to find the net for the Indomitable Lions in three group matches.

Seedorf tried various attack combinations, all including Ekambi, but after a 2-0 win over Guinea-Bissau, the defending champions were held to 0-0 draws by Ghana and Benin.

“Karl and the other forwards have to improve a few details, be smarter and create more chances,” added the four-time UEFA Champions League winner.

“We pushed forward in each group game, we introduced attacking players off the bench, but we dare not try crazy stuff. We have to respect our opponents.”

Here, AFP Sport looks at the Saturday matches with the clash of Cameroon and Nigeria in Alexandria too close to call, while hosts Egypt are expected to defeat South Africa in Cairo.

In 2004, the last time Cameroon was Cup of Nations defending champions, they were eliminated in the first knockout round by Nigeria.

The great rivals have met six times in the biennial tournament, including three finals that Cameroon won, one after a penalty shootout.

Only once did more than one goal separate the sides and the latest episode at the 20,000-seat Alexandria Stadium looks evenly balanced.

After single-goal victories over Burundi and Guinea, Nigeria came a cropper against minnows Madagascar, losing 2-0 to finish second in the group and get tougher last-16 opponents.

Captain and former Chelsea midfielder John Obi Mikel put a positive spin on the setback, saying: “It is better this (losing) happened now than in the knockout stages.”

Unlike the showdown between Cameroon and Nigeria, this match appears easy to call with record seven-time champions Egypt overwhelming favourites to defeat poorly performing South Africa.

While the Pharaohs won all three group games without conceding a goal, Bafana Bafana (The Boys) sneaked into the last 16 as the lowest of the best four third-place qualifiers.

In stark contrast, South Africa did not have a single goal attempt on target in losses against the Ivory Coast and Morocco.

But South Africa coach Stuart Baxter sees a glimmer of hope, telling reporters: “If we can improve our attacking game by 10 to 15 per cent, we will give Egypt problems.”