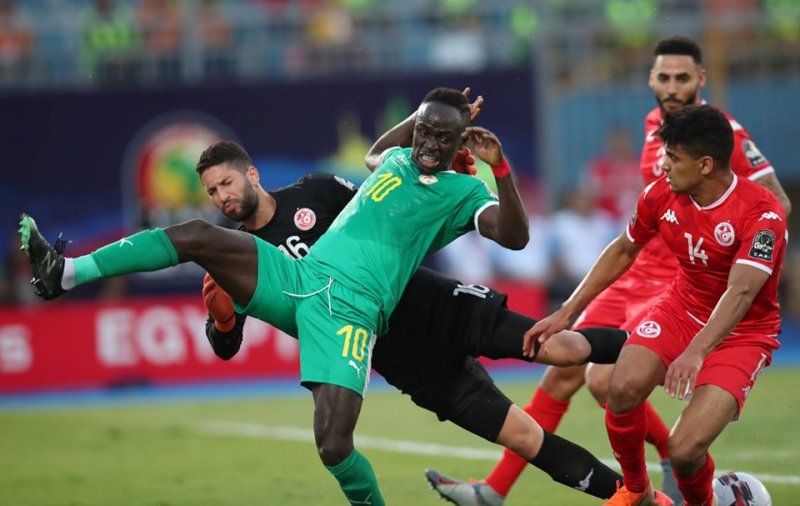 As a result, the Teranga Lions will wait to face the winner between either Algeria or Nigeria in Friday’s final.

Senegal seeking another continental title after 17 years, they were runners-in 2002 AFCON.

A terrible mistake by goalkeeper Moez Hassen in the 100th-minute allowed the ball to bounce off the head of defender Dylan Bronn into the net for the only goal of a game.

Hassen came flying off his goal-line to try to cut off a freekick from the right flank but completely missed the ball which then hit the unfortunate Bronn on the head.

Senegal take the lead in extra-time and are closing in on a place in the #AFCON2019 final pic.twitter.com/SMw1rrgjcQ

#AFCON2019 | #TerangaLions Roar Their Way Into The Finals

For the 1st time in 17 years, Senegal make the finals after edging #CarthageEagles in a nervy Semis tie at 30 June Stadium, Egypt.

Is this the year that they lift their 1st title?#SENTUN pic.twitter.com/b6CQS01opB