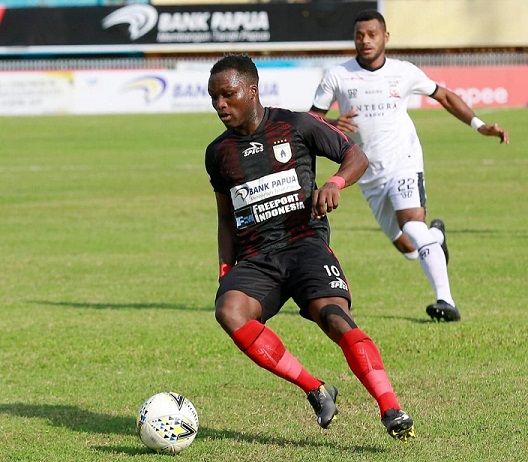 Conteh has been a pivotal figure for his new side and has made his fair share of sacrifices since joining the club.

He told this medium that under new boss things have been going on well with his partnership with Tahir and Rivaldo Ferre in midfield.

He was part of the Jayapura winning team that defeated Bhayangkara 1-0 on Sunday.

“I am enjoying myself here at Persipura Jayapura under new boss,” he told FSL News.

“Since the arrival of the new coach, things have been going well, everyone enjoying the new style of play.”

“Out of nine games in this campaign, I have featured in eight but still without a goal.”

“Nevertheless, I am excited to see what the future holds.”

He has had spells with Pelita Bandung Raya, Barito Putera, PS TNI and PSIS Semarang, where he featured in 29 matches scoring five goals and five assists.