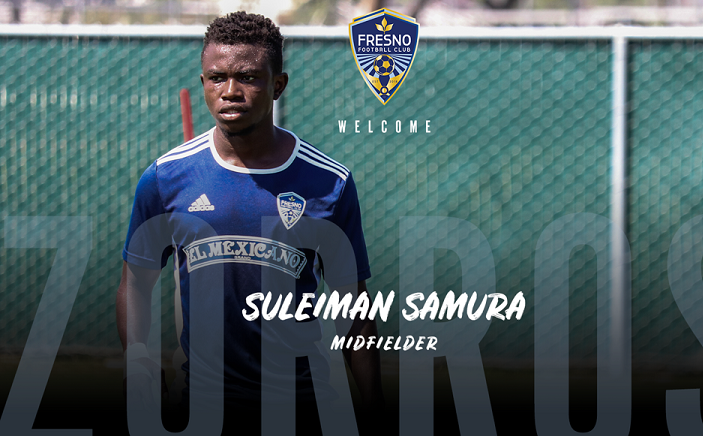 USL Championship side, Fresno Football Club, have confirmed signing midfielder Suleiman Samura on a pro-contract for the remainder of the 2019 USL Championship season, pending league and federation approval.

“Sully is another player from our U-23s that I liked and kept my eye on. He’s very hardworking, physical and able to cove a lot of ground in that middle area,” Smith told the club’s website.

He added, “I’ve been very happy with him, seeing growth and maturity and confidence. The next test is if he can earn his stripes and get minutes.”

He has had a spell with Laredo Heat SC of the National Premier Soccer League, making seven starts. In 2018.

He made three appearances with the Fresno FC U-23s and scored a goal in the club’s 3-1 win over Southern California Seahorses before he was sent on trial with the pro side at the end of the 2018 USL League Two season.

He featured in the club’s exhibition against the Vancouver Whitecaps reserves. With Laredo, Samura made seven starts during the 2019 NPSL season.