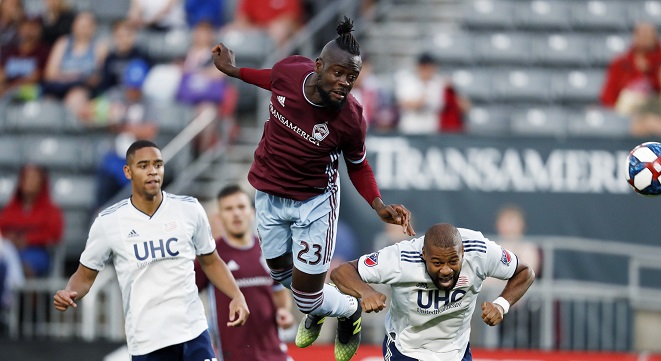 He became just the second player in MLS history to score a hat trick and an own goal in the same game, joining NYCFC’s Heber, who did it in June.

As a result, Kamara continued to climb up the MLS all-time goalscoring charts after hitting 123 against Montreal.

Kamara opened the scoring with an own goal in the 18th minute that gave Montreal the lead.

The tie was level from another own goal from Montreal goalkeeper Evan in the 21st minute.

He gave Colorado a 2-1 lead in the 36th minute with a penalty kick and made it 3-1 in the first minute of first-half stoppage time.

After the re-start, Maximiliano Urruti and Saphir Taïder scored in the 55th and 76th minutes respectively for Montreal before Andre Shinyashiki scored two minutes later to help the Rapids open a two-goal lead.