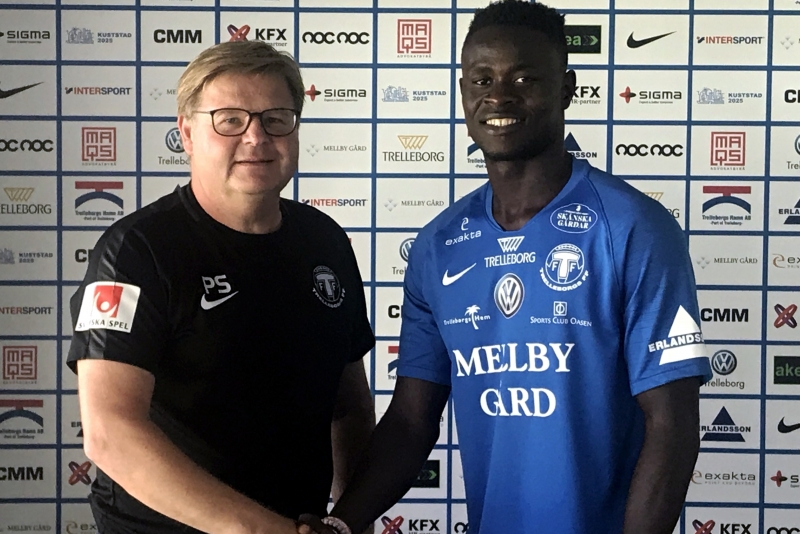 Kamara, 19, has been an instrumental figure with Sierra Leone Champions East End Lions, during the just-concluded Premier season after accounting for 15 goals.

As a result, the East End giant side was crowned Champions after almost five years without domestic football.

“Musa is a strong forward and a goal scorer. Despite his young age, he has experience from a wider context. Musa has great potential and is intended as a long-term reinforcement on the attack side,” Manager Peter Swärdh told the club’s website.

Trelleborgs FF presently standing 11th in the league and Tombo might be in line for his debut in their next game.

They are most famous for their triumph in UEFA Cup when they eliminated English side Blackburn Rovers in the 1994–1995 season.