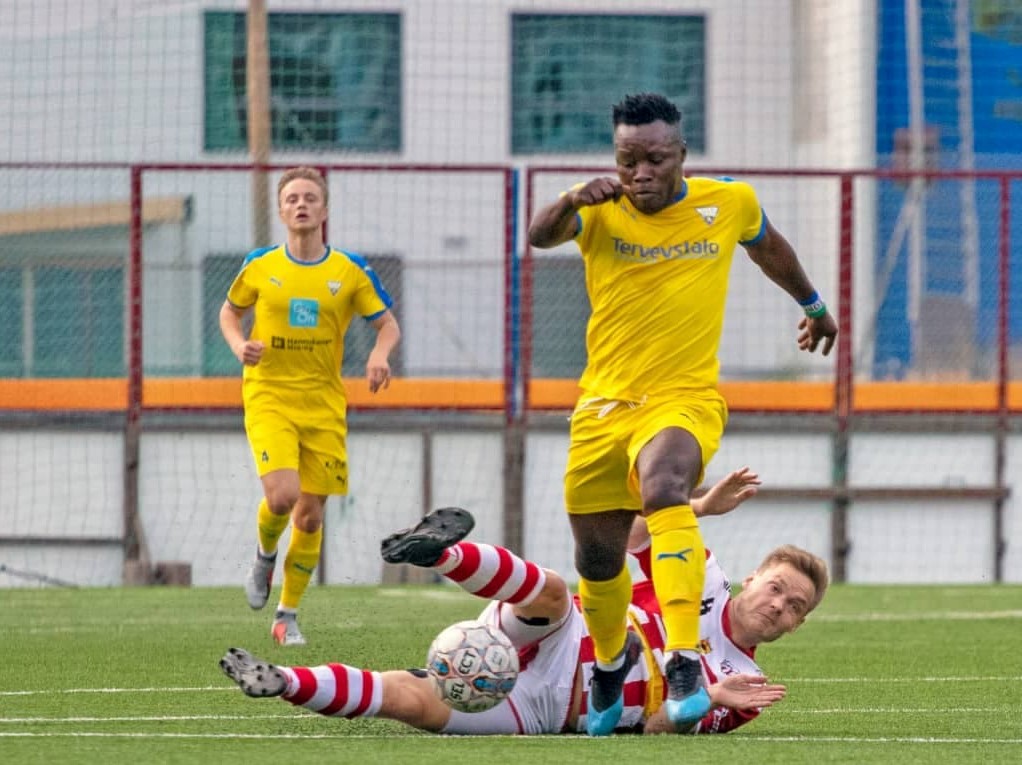 Sierra Leone’s Abdul Buduski Sesay delivered an impressive performance despite OLS suffered a 5-3 defeat against Vaajakoski in their eight-goal thriller on Saturday.

Sesay, who was making his second league appearance for the Finish third-tier scored in the 33rd and 41 st minute respectively since joining his new side.

Hosts Vaajakoski raced into an early lead with a six-minute goal from Peetu Lintinen before Laase Ikonen level score-line for the visitors seven-minute later.

Sesay puts his side ahead in the 33rd minute with a fine finish, but Lintinen scored again, this time from the spot to draw level in the 40 minutes.

Sesay completed his brace in the 41st three minutes, but their lead did not last long after Toni Jarvinen scored two-minute into extra time before the break.

Just after the restart, Lintinen of Vaajkoski completed his hattrick with another goal from Souraniemi, who ensure the host sealed the victory.

OLS next outing will be at home against Pallo-Kerho-37 on Sunday and Sesay will be hoping to continue with his goal-scoring form.