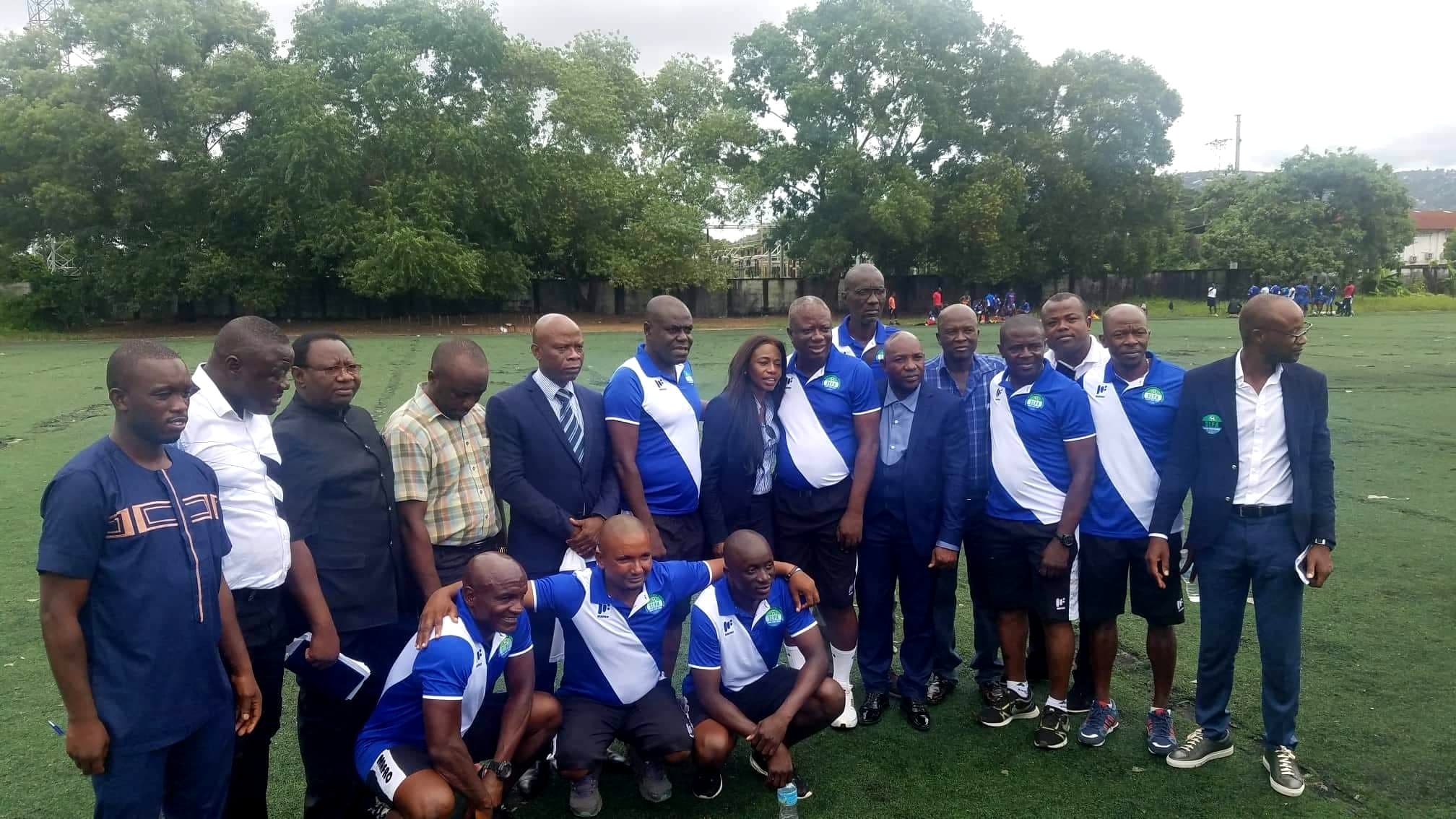 Former Ghana U-20 and Rwanda coach, Sellas Tetteh Teivi, has revealed that he is happy to be back, as he was unveiled as the Sierra Leone head coach on Tuesday.

At a well-attended ceremony graced by the Sierra Leone Football Association President, Isha Johansen, team Manager Christian Dauda and government officials at the SLFA’s office in Freetown, Tetteh said to the assembled media throng that he was happy to be back.

“I am happy to be back with the National team, I believe, I am with the right technical team as we are all colleagues in the football industry.”

“We all have a new target, working to achieve together. Our work start today. Our vision is to get the team to qualify for major competitions.”

Furthermore, the former Liberty Professionals boss added, “I’m happy that the Government has reaffirmed their support to ensure the team qualify this time around.”

Director of Sports Kenneth Brima reassured the government commitment to promote, support and develop all sports.

“What we did for the domestic league is a clear manifestation of government commitment.”

“As a government, we are going to support our national teams to success. We will always support as football is a key element to national development.”

“I have waited for this opportunity long ago I am ready to work for the interest of Sierra Leone. I am happy government, and FA partnering to ensure things work out smoothly,” Musa Kallon, the Sierra Leone U-17 technician during the 2003 Fifa World Cup noted.

Tetteh’s matches in his first spell with Sierra Leone are as follows: