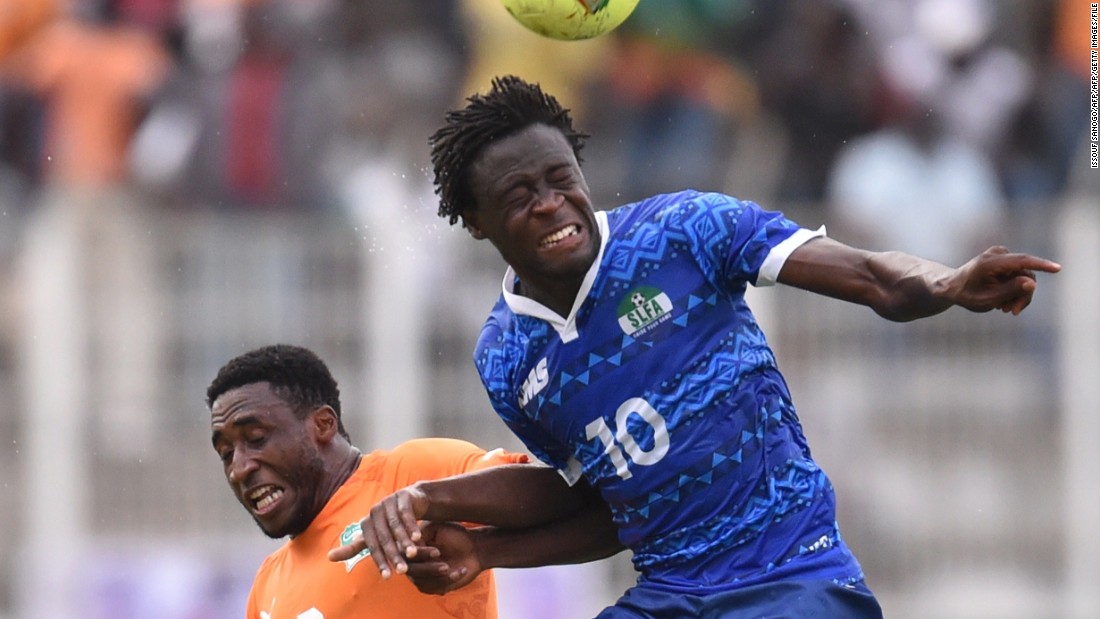 The Sierra Leone Football Association has revoked striker Kei Kamara invitation for the crucial World Cup preliminary matches against Liberia’s Lone Star. A Press Release issued by the FA states that this is with immediate effect.

The decision to ban Kamara from the team came after the Colorado Rapids top scorer made a statement about the state of football in the country.

“So you guys have time to post on social media about one player deciding to go back to Salone. But, when football is shit, and ruin in the country, none of you will get some guts to talk or protest about it. You guys are all hypocrites,” he posted on his social media platforms.

Kamara who was unavailable up to the time of publication for comment has had a not too rosy relationship with the current coach of the National team, Sellas Tetteh.

During the 2017 qualifiers, Tetteh told journalist Kamara is surplus to requirement in his squad.

Sellas Tetteh once told senior African journalist, Osasu Obayiuwana that he has had enough, was fed up and did not want Kei Kamara in the team that was planning on facing the African Champions, Ivory Coast.”

A day after the news of Sellas Tetteh’s appointment, the MLS fifth all-time scorer told this medium that he was shocked not to have John Keister as head coach of the Leone Stars.

“I am shocked to not see John Kister as the coach for the national team because of the record that he had while he was a head coach.”

He said Keister, at the moment, is the most successful coach in Sierra Leone with his undefeated season with East End Lions as champions.  “But hey, I am just Kei Kamara and not Drogba or Adebayor. So, I don’t have any saying in football in my country.”

The full list of the invited foreign-based players below! 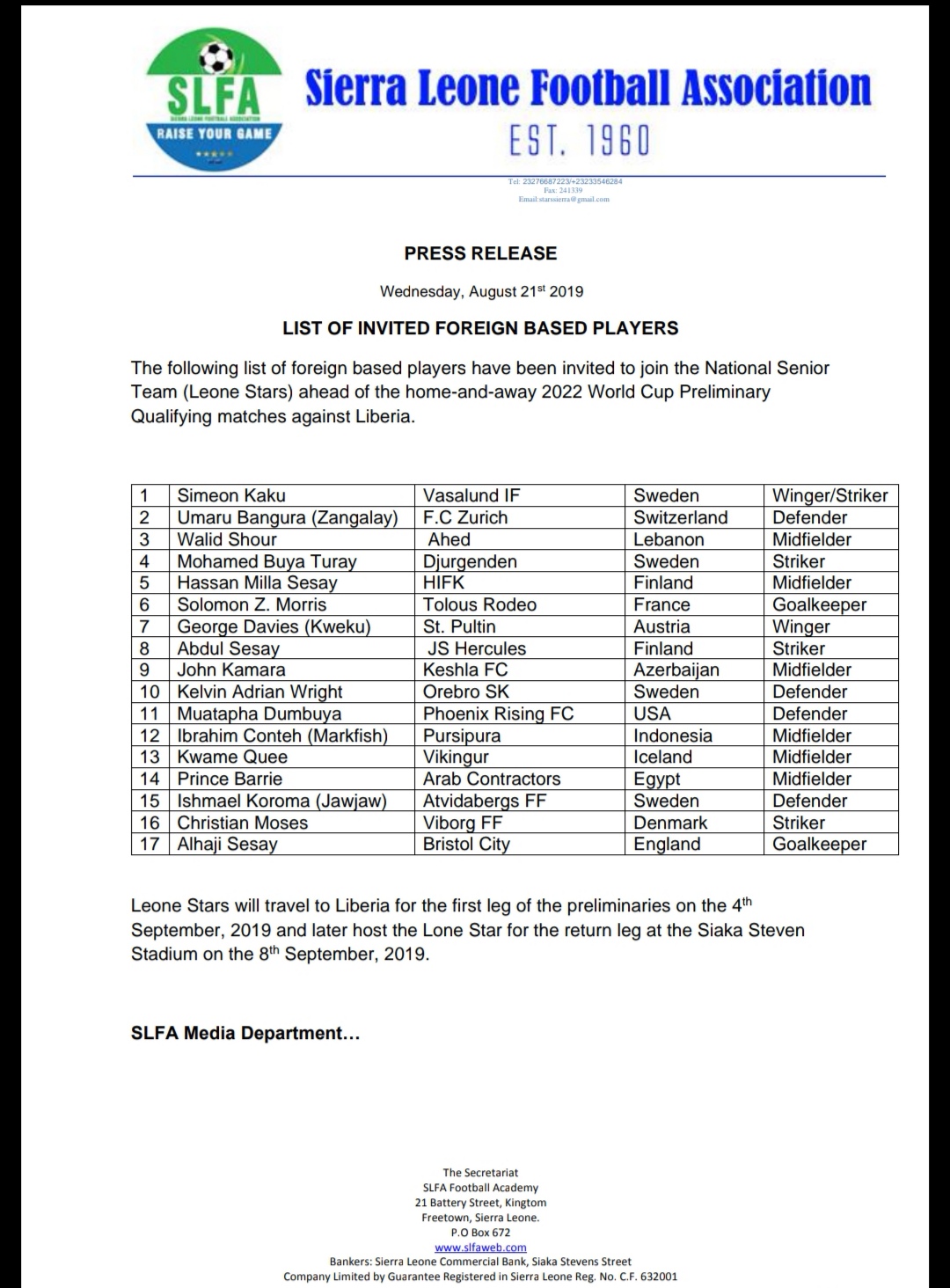