Three goals in three games for Abdul Sesay in Finland 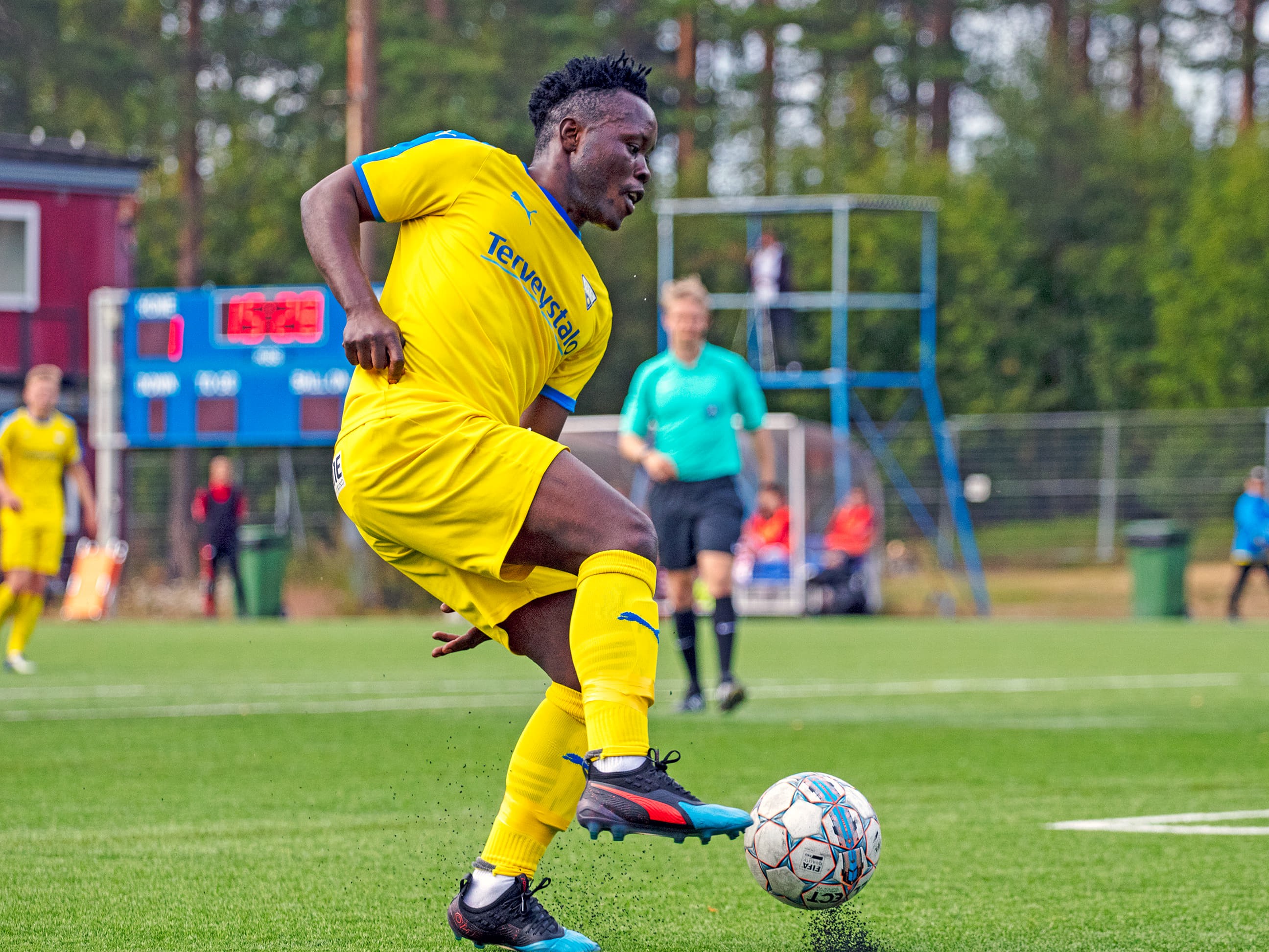 It was another impressive performance for Sesay and his new club overcoming a difficult opponent. As a result, they moved up to 8th in the Finnish in the Kakkonen Group C standing.

The visitors took the lead five minute before the break from a Myan Doot goal in the 40′ minute.

After the restart, hosts OLS scored three straight goals from Kemilia, Bohui and Sesay in the 49′, 59′ and 70′ minutes respectively as they raced into a 3-1 lead.

Jesse Ahman reduced the deficit seven-minute after Sesay’s goal to make it 3-2, but another fine goal from OLS’s Leevi Pekkala ensure they secure a 4-2 win on the day.

Sesay, who has been listed in the Sierra Leone squad ahead of the World Cup 2022 preliminary qualifier against Liberia says he was pleased with his goal.

”I’m always happy whenever I scored or assist, we have been working hard. The goal was my third in three matches played since I joined the club, so I am pleased,” Sesay told FSL News.