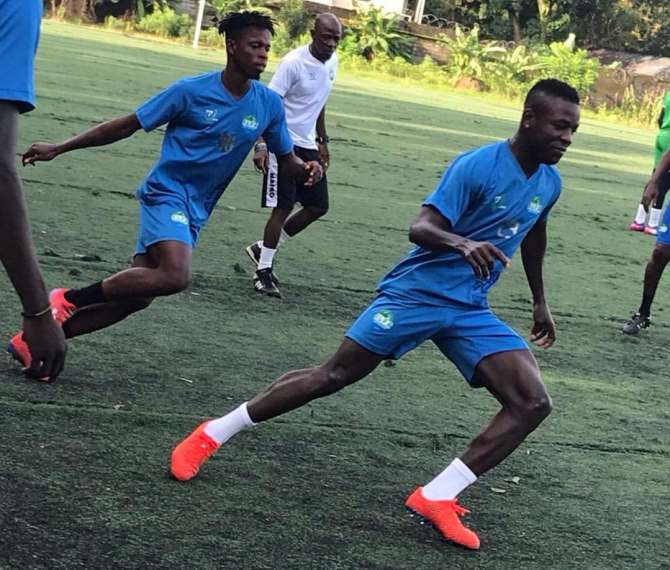 The defender is among names of overseas-based players to face Liberia’s Lone Star later this evening at the Samuel Kanyon Doe Sports Complex kickoff 6:00 PM GMT.

“I’m excited it is good as I’ve always wanted to be part of this family, the Sierra Leone national team, Koroma told FSL Media from Liberia.

“I was with the National Team in 2014, a couple of years back, before I travelled to Sweden, but since then I was waiting for my opportunity.”

The former Nykoping defender added; “I’ve two caps with the National team. In the 2014 Afcon qualifiers, I played against Swaziland when I was subbed on in the second half to play as centre back alongside captain Umaru Bangura. The return leg, I played right-back from the start.”

“I was proud of only these games before I was called up again.”

“After a long time, I get to meet with my national teammates, the old and new faces. Since we are together, we’ve been nice to each other and happy with each other.”

“This is a big opportunity for me. I am happy, and I’m looking forward to playing in this game. Hopefully, we can get the result ahead of the second leg at home.”