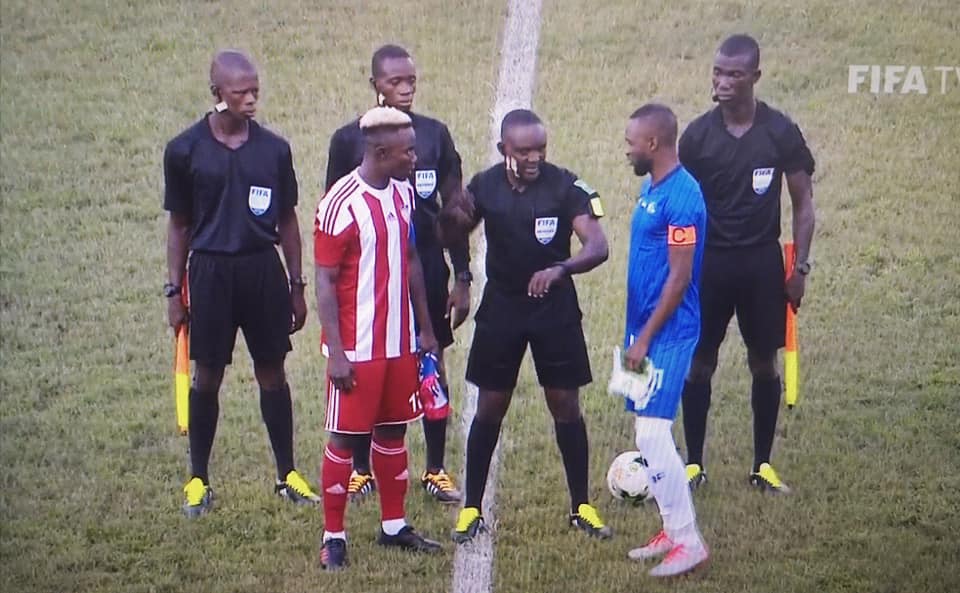 Two late goals from Mohammed Sangare and skipper Sam Johnson were enough as Sellas Tetteh’s men suffered a 3-1 away defeat in Liberia against the Lone Star in the first leg 2022 World Cup preliminary qualifier.

Liberia and tiny Red Sea state of Djibouti are the only home winners in eight first-round first-leg ties.

Liberia’s Terrance Tisdel scored from the spot to give his country a one-goal lead in the opening 18 minutes before Sierra Leone’s Kwame Quee level things up 56th-minute second half at the Samuel Kanyon Doe Sports Complex on Wednesday.

However, if Sierra Leone is to overcome their Liberian counterparts in Sunday’s second leg, they must sort our their defence. The hosts were the better side most of the game but failed to take their chances.

The hosts could have been ahead as early as 18 seconds into the game as skipper Sam Johnson fed Kipah Sherman, who hit the post from close range only to see the ball bounce out.

Tisdell stepped up to score with a decisive strike that gave Solomon Morris no chance.

The Leone Stars of Sierra Leone, fought back in the second half to reduce the deficit with a goal from Kwame Quee, who was unmarked at the back post for an easy tap in following a flick header by Musa Noah Kamara.

Azerbaijan-based midfielder John Kamara missed a couple of good chances as he arrived a few times in the box.

Liberia president George Weah, was in attendance to watched both teams played on a difficult pitch. 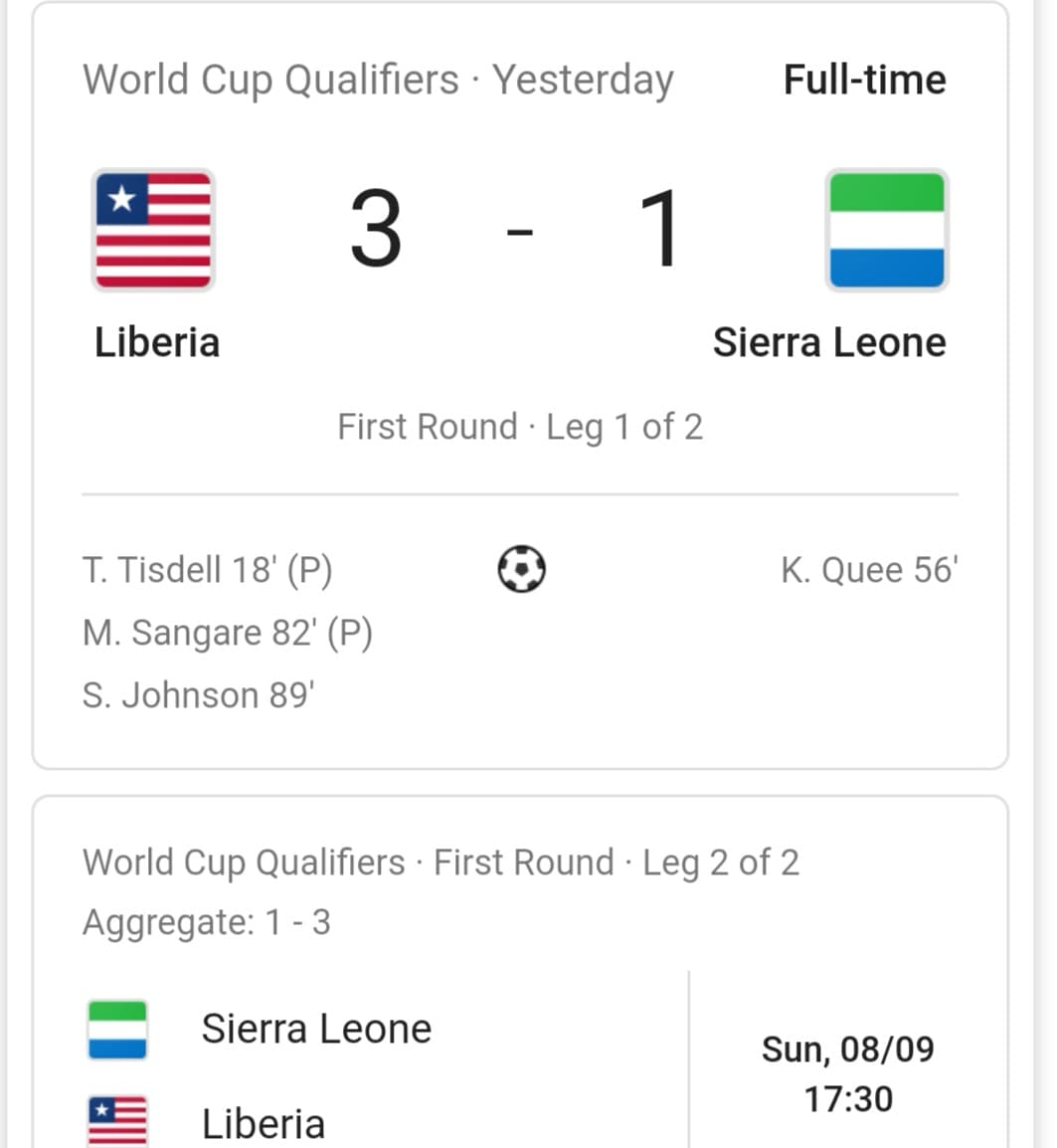