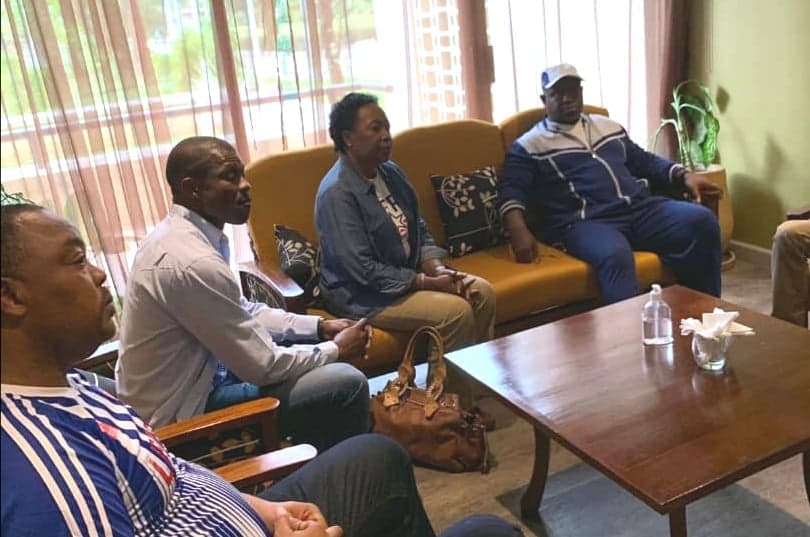 His Excellency President Dr Julius Maada Bio has paid an unannounced visit to the Liberian football delegation ahead of today’s encounter between Leone Stars of Sierra Leone and Lone Stars of Liberia at the Siaka Stevens Stadium.

Speaking to members of the delegation at the Radisson Blue Hotel, President Bio condemned yesterday’s attack on its entirety saying he was particularly disturbed by the ugly incident.

He said that Sierra Leone and Liberia were sister nations with long-standing friendship adding that violence of any sort should not be encouraged. He assured the Liberian delegation of their safety throughout their stay in the country.

Liberian Minister of Information, Ugene Nagbe, who spoke on behalf of the visiting team, said they were pleased with the President’s visit and the assurance of their safety. He also reiterated that the two countries were good neighbours and called for a friendly contest.

Earlier President Bio addressed players and officials of the national team, Leone Stars at his Hill Station residence where he told them the hopes and joys of the nation were on their shoulders.