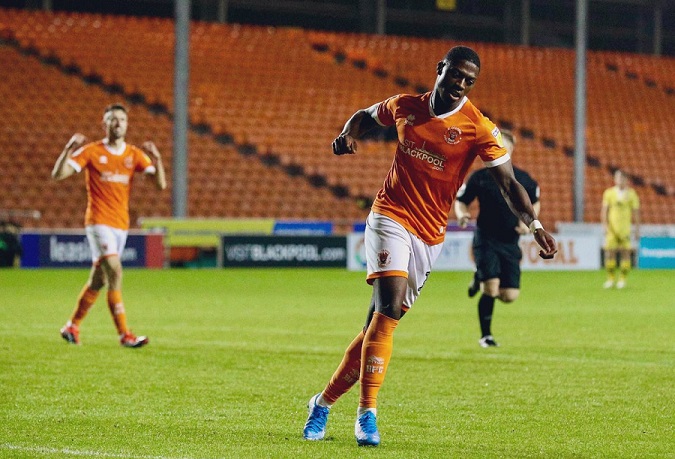 The winger claimed the award for his away goal at Gillingham, finishing off a fine team move.

The former Palace academy player scored a brace in their 3-2 defeat away to Coventry City at St Andrew’s last Saturday.

The 24-year-old will collect his prize before kick-off against MK Dons on Saturday.

He joined Blackpool on an initial two-year deal on a free transfer from Dutch side NAC Breda in the summer of 2019, with the option of a further 12 months.

⚽️ It's now four goals for @SullayKaikai this season.