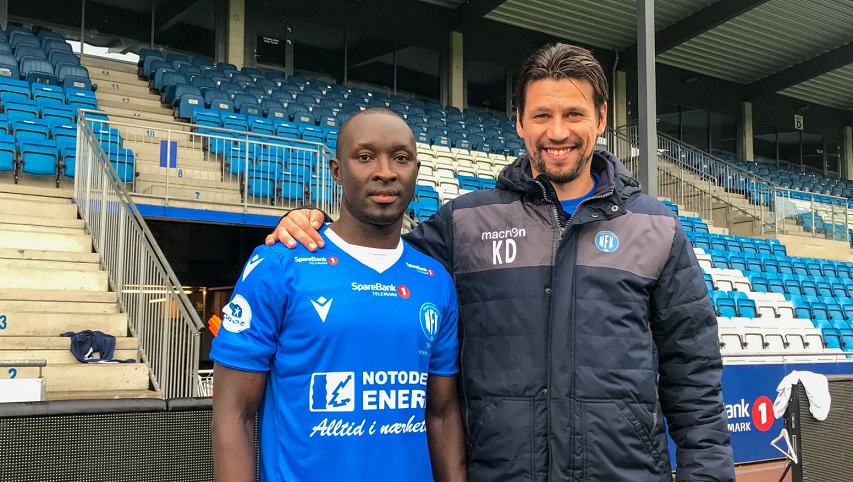 Sankoh, 30, is likely to make his debut on the 15 of September when his new side takes on Sandnes Ulf.

“Alfred Sankoh has signed a contract to make him an NFK player this year. He is 30 years old and has previously played for Strømsgodset in the Elite series. There he has played 80 games and became the Cup champion.”

“The midfielder has been training with NFK for a while and is now ready to contribute to NFK. Alfred is ready for the weekend’s game against Sandnes Ulf. We welcome Alfred and wish him luck in the rest of the season,” the club said in a statement.

The midfielder started his career with Strømsgodset in May 2008 before moving to Şanlıurfaspor 2012, where he signed a three-year contract with TFF First League side.