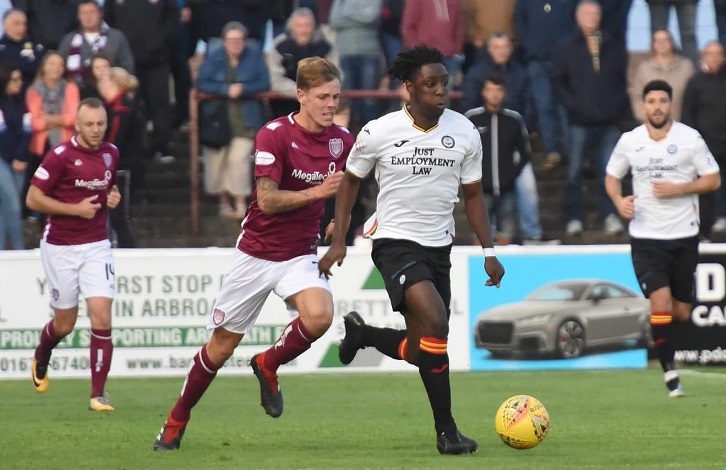 “I was excited after my full debut on Friday because it was a great game we played as a team. For me in particular, it’s a great opportunity, playing first-team football,” Kakay told FSL online.

“Kenny Miller’s second-half equaliser earned us a 1-1 draw at Gayfield Park with me playing 90-minute of football after a long time out. I hope to continue in upcoming matches.”

The young defender made his international debut for Sierra Leone against Ethiopia during the 2019 AFCON qualifier.

This is his second spell in Scotland after the first loan at Livingston, where he played 12 games in the Scottish Championship for the Lions.

Partick are currently second from bottom of the Scottish Championship, having picked up two points from their opening five matches.