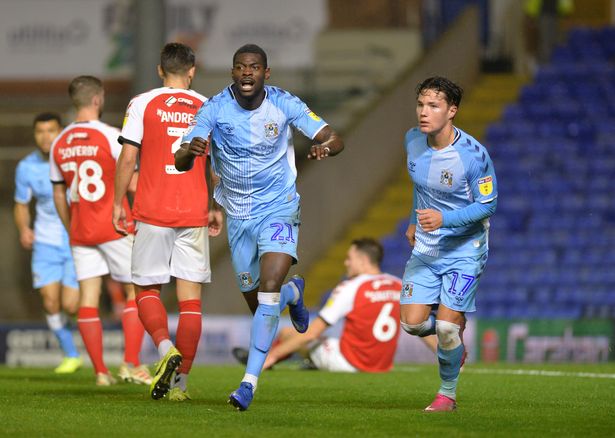 As a result, they move back up to fourth place in the division to within three points of new leaders Peterborough United, Ipswich Town and Wycombe Wanderers.

Fleetwood Town took a deserved lead through the in-form Paddy Madden in the 10th-minute as the first half ended 1-0 in favour of the visitors.

After the restart, Fleetwood conceded in the 59 minutes when Coventry left-back Sam McCallum’s fierce half-volley from just inside the box was well saved by Alex Cairns, and Bakayoko smashed home the rebound.

The host team fourth hard for their winner in 67th minutes when Max Biamou was adjudged to have been fouled by Jimmy Dunne and midfielder Westbrooke calmly slotted his penalty past Cairns.

REPORT: Sky Blues move back into the play-off places with come from behind victory against Fleetwood #PUSB