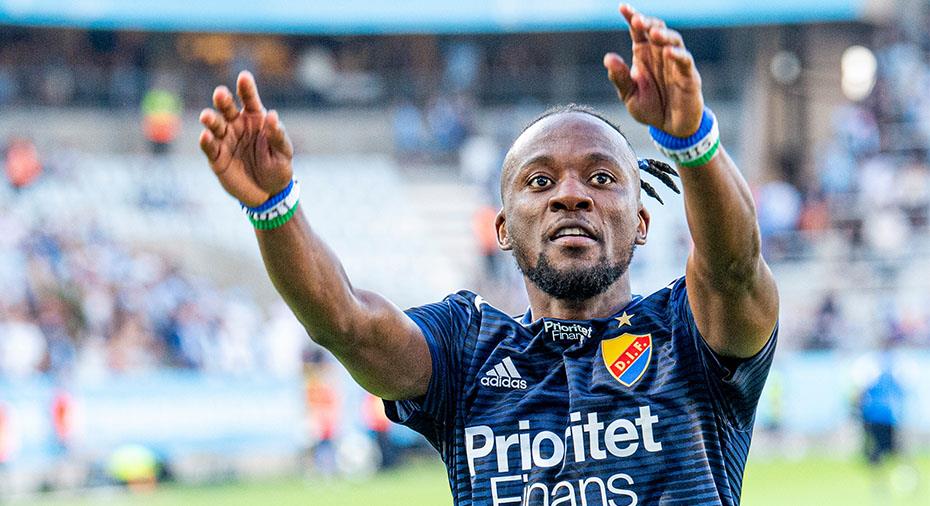 24-years-old striker on loan from Belgium side Sint-Truidense has been pivotal all season.

He is the joint scorer in the Swedish Allsvenkan with 14 goals after his goal against Orebro in Djurgårdens 3-0 victory on Monday. With a game to go, Buya Turay (pictured) will be hoping to win his first career golden boot in the Swedish to-flight.

Djurgårdens will take on Norrköping FC on Saturday 2 November hopefully will be a day to remember for the Sierra Leonean.

The winger kept his cool to fire Liverpool to a 2-1 win over Tottenham as the leaders moved six points clear at the top of the Premier League. With Liverpool battling back from the shock of conceding a first-minute goal, Anfield was stirring when Jordan Henderson equalised. That set the stage for Salah to raise the roof when he blasted home from the penalty spot after Serge Aurier caught the back of Sadio Mane’s leg in the 75th minute.

Ghana forward scored his fourth goal of the season to give Palace an impressive 2-2 draw at Arsenal. Roy Hodgson’s side were two goals down after nine minutes but got one back through a penalty after Ivory Coast star Wilfried Zaha was fouled. Ayew completed the Palace fightback in the 52nd minute when he headed home.

The Nigeria midfielder was part of a historic occasion as Leicester powered to a record-breaking 9-0 thrashing of Southampton. Although

Ndidi didn’t get on the scoresheet, he played the full 90 minutes and delivered a typically influential display as hat-tricks from Jamie Vardy, and Ayoze Perez to helped Leicester record the biggest away win in English top-flight history.

Ekambi continued his hot streak by scoring twice to fire Villarreal to a 4-1 win over Alaves. The Cameroon striker sprinted clear in the 13th minute and lifted the ball in for the opening goal of the match to restored Villarreal’s lead shortly after the hour by poking in Moi Gomez’s cross at the near post. Ekambi has scored five goals in his last four games.

Seventeen-year-old Ivorian forward Traore came on as a late substitute and scored six minutes later on his debut to complete a 7-1 rout by Atalanta over Udinese. “This goal will remain forever in my head,” said the brother of Sassuolo’s Hamed Junior Traore, after becoming the first player born in 2002 to score in Italy.

The Ghanaian defender was sent off after picking up a second yellow card within half an hour of the kick-off. The 22-year-old’s absence hit Udinese hard with the club conceding six goals during the hour they were a man short to crumble 7-1 at Atalanta. 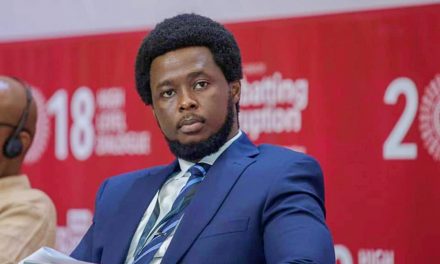