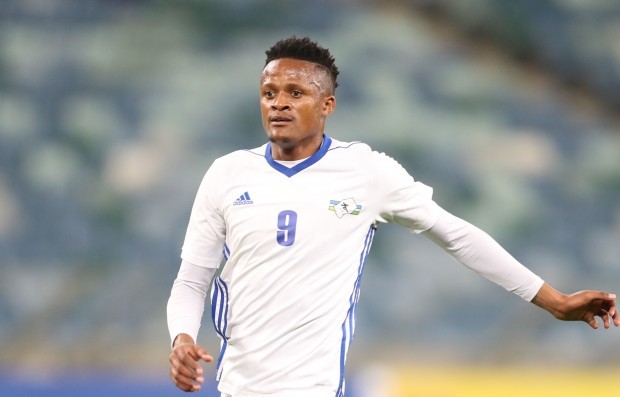 Following his recent goals in the South African top-flight league with outfit Bloemfontein Celtic and without any exaggeration, Lesotho international Motebang Sera is a player to watch.

Motebang is coach Thabo Senong’s hidden gem his ability to score goals over the years, has been highlighted by Lesotho and South African media.

The striker is part of the Likuena final squad for their African Cup of Nations opener against Sierra Leone on Wednesday at the Siaka Steven Stadium.

Sera ‘s 50th-minute goal for Bloemfontein Celtic FC in their 2-2 draw against Maritzburg United FC in the Absa Premiership on Friday, signal a warning to Sierra Leone.

He featured in both matches against Ethiopia during the World Cup Preliminary qualifiers and played well despite unable to find the net. However, Sera, who was the 2018/19 Econet Premier League top goal-scorer has been a pivotal figure at Celtic after netting three goals in five appearances.

His goal Mamelodi Sundowns in their 2-1 defeat late August and recent goals against Maritzburg United, Highlands Park and SuperSport United have helped him settle in well in the South African league.

His 18 goals during the 2018/19 season emphasized why he was nominated for the Player of the Season Award at Lesotho Premier League side Matlama FC before his move.

The Likuena final squad is expected in Freetown later today to honour their Afcon opener before taking on the Super Eagles of Nigeria four days later at the Sesotho Stadium.