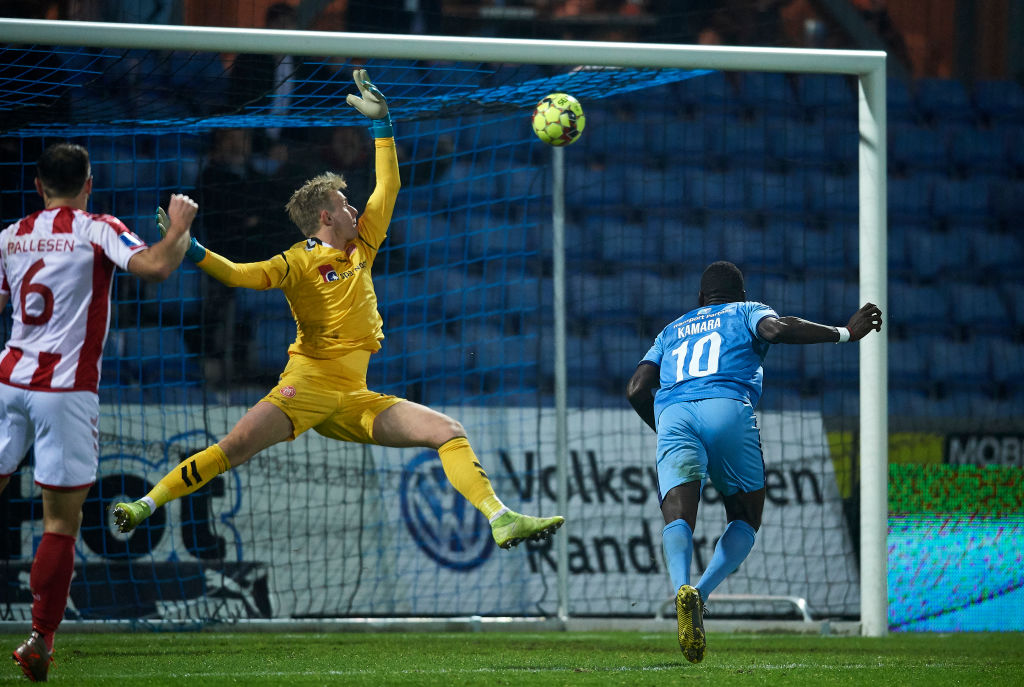 Sierra Leone’s Alhaji Kamara scored in the 68th minute to put Randers in front at Cepheus Park in their 3-3 draw against AaB Aalborg on Friday.

Randers FC and AaB opened the 16th round of the Danish 3F Super League with six goals showdown.

Host Randers started brightly, but it was the visitors who took the lead in the opening 2 minutes from a Mikkel Kaufmannunder strike.

Six-minute after, Vito Hammershøy-Mistrati level the scoreline for the home side for his first goal in the 3F Super League. The 27-year-old midfielder received the ball a few yards off the field and kicked it dry in the bottom right corner.

Randers went in front from a Mathias Nielsen 20th minute goals to end the first 45 minutes with a 2-1 scoreline.

After the restart, the visitors increased the pressure and worked towards an equalization. Their hard works paid off when AaB’s Magnus Christensen made it 2-2.

Randers FC responded quickly and well, but this time it was the Sierra Leone international, whose header put the home side in front again. 3-2.

However, a Mikkel Kaufmannunder brace in the 73rd minute denied the home team all three points.

Randers will take on Nordsjaelland after the international break on November 22nd away from home.