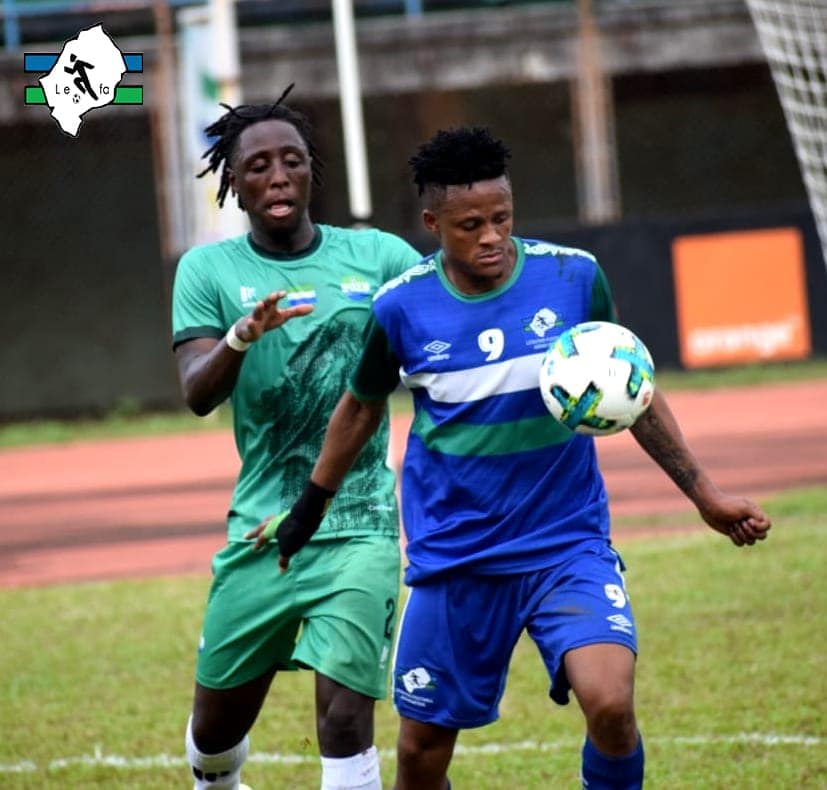 Both nations face each other for the first time in continental football history in a closed-doors contest.

Icelandic-based midfielder Kwame Quee break the deadlock for Sierra Leone in the 70th minute after a poor defending by Likuena.

Sierra Leone failed to hold on to their slender lead and paid for it late on when Jane Thabantso, who was subbed on for Fothoane salvaged a 1-1 draw for Lesotho.

Before Lesotho’s equaliser, skipper Marepe Basia was dismissed in the 83rd minutes for a second yellow card and Sierra Leone’s George Kweku Davies received a straight red for retaliation.

Elsewhere, The Super Eagles of Nigeria got off to a winning start following a 2-1 over Benin at Godswill Akpabio International Stadium in Uyo on Wednesday evening.

As a result, the Super Eagles top of Group L after one round of fixtures, with Sierra Leone and Lesotho having played out a 1-1 draw in Freetown at the same time.

Benin silenced the home crowd from a Stephane Sessegnon goal. However, the home team improved Lille’s Victor Osimhen level the scoreline before Samuel Kalu confirmed victory in the 63rd minute following a superb solo effort as Nigeria now turn their attention to Lesotho, who they will face in Maseru on Sunday.

Matchday two continues on Sunday Sierra Leone away to Benin while group leaders Nigeria takes on Lesotho at the Sesotho Stadium this coming weekend. 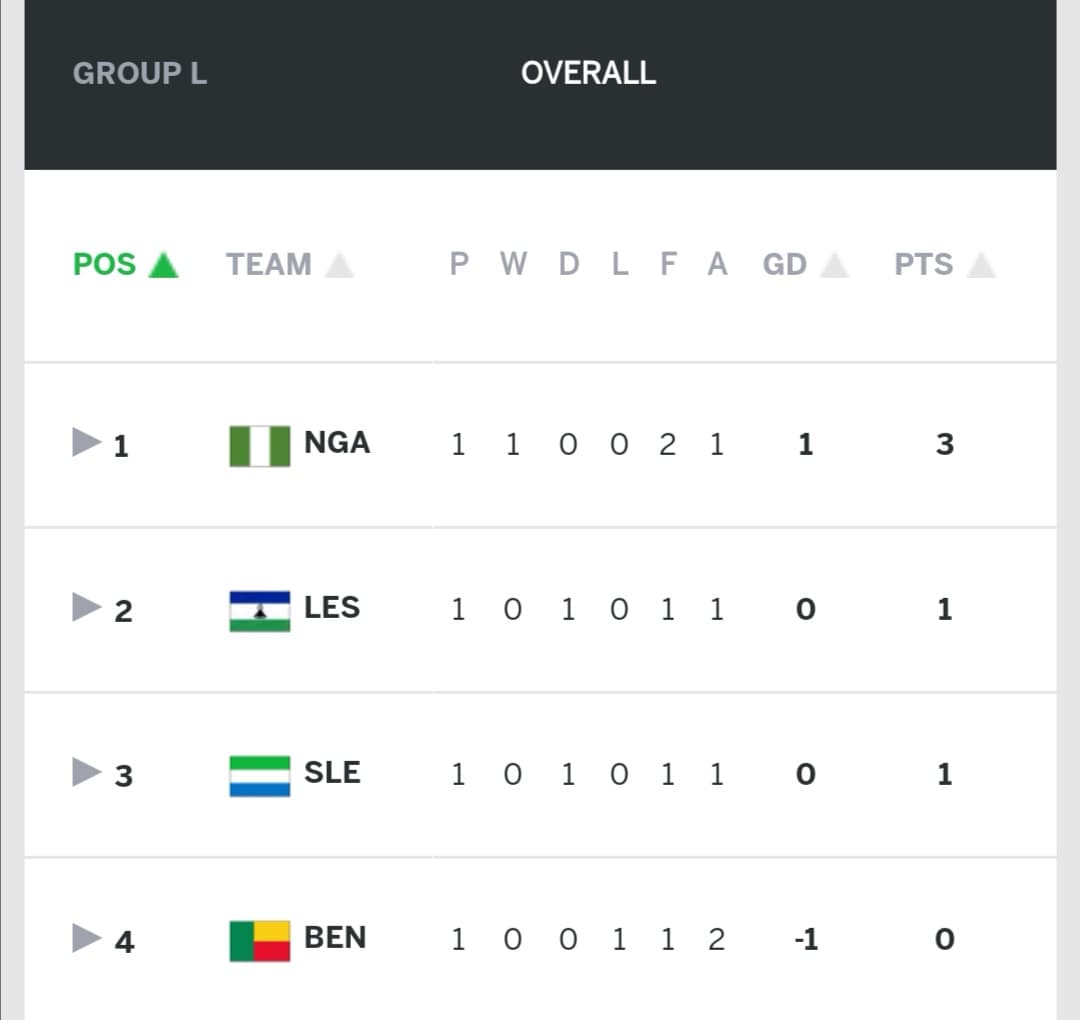