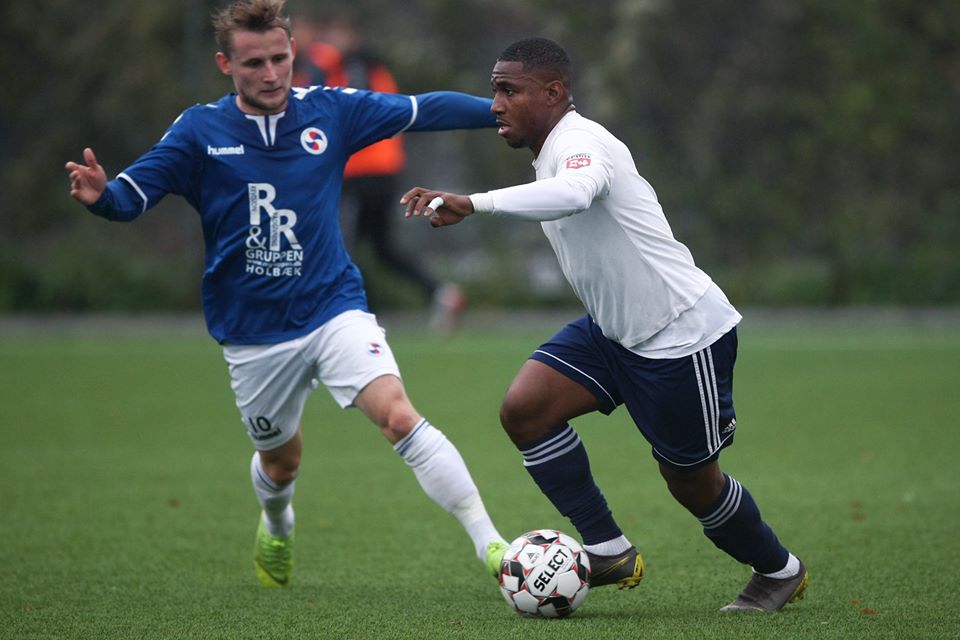 Fofanah joined the Danish side from East End Lions in collaboration with FC Lion Pride on a one-half-year deal last August.

Football Sierra Leone understands that Y2P, the player management team doing all their best to get him a move soonest.

“Kemson & Conrado both came from a long way to pursue the dream of becoming professional football players. I know it’s been difficult for them to be away from their families for longer periods, they’ve been able to tackle that,” B93 said in a statement.

“These are amazing guys with an inspiring quality of life, and behalf of the club, I would like to say thank you for their contribution to the community. We wish Kemson & Conrado good luck and hope for them to have their dreams fulfilled.”

Fofanah was part of the Sierra Leone side that was defeated 4-0 in Iran during an international friendly at the Tehran’s Azadi Stadium March 17, 2018. 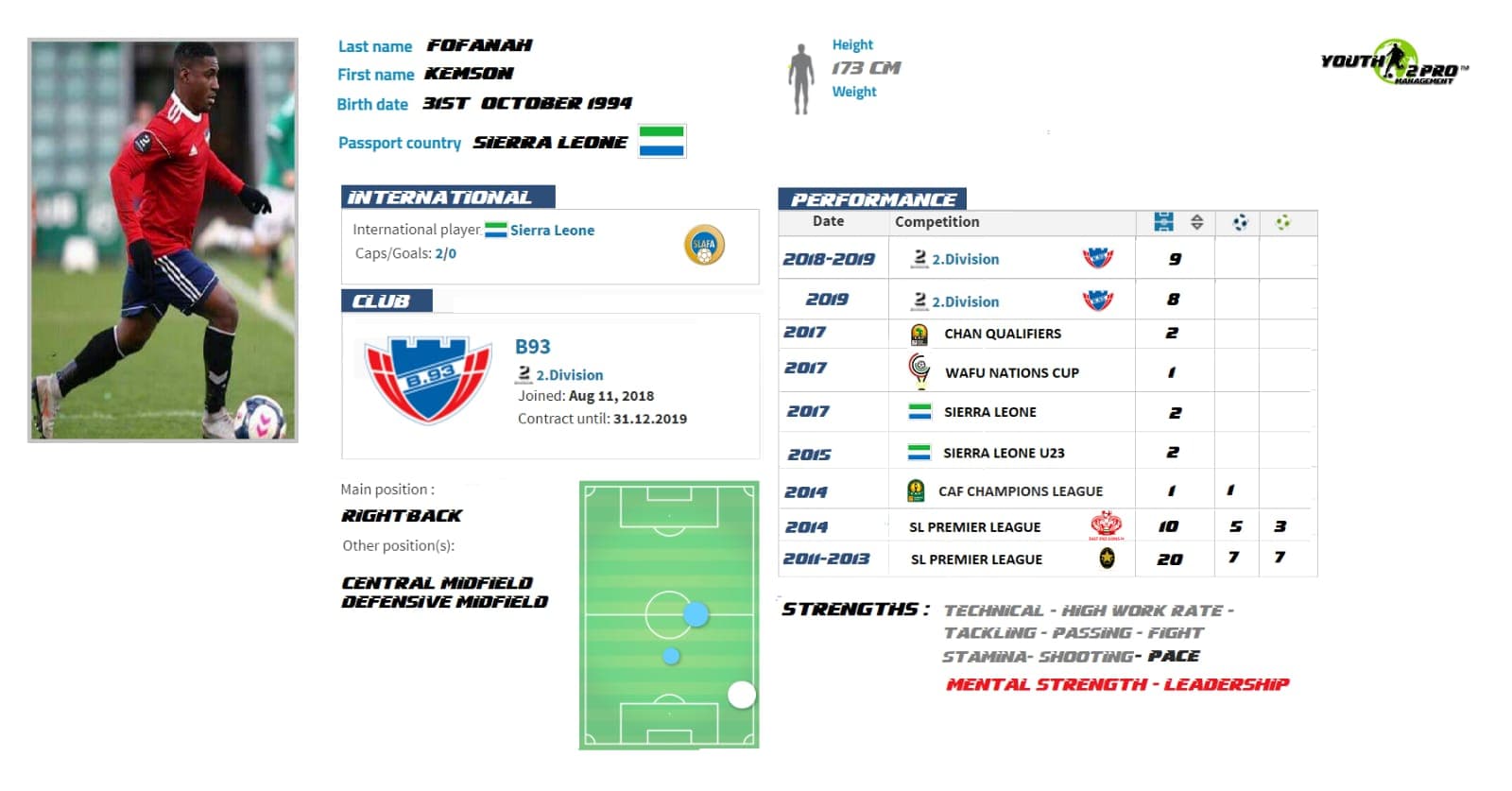