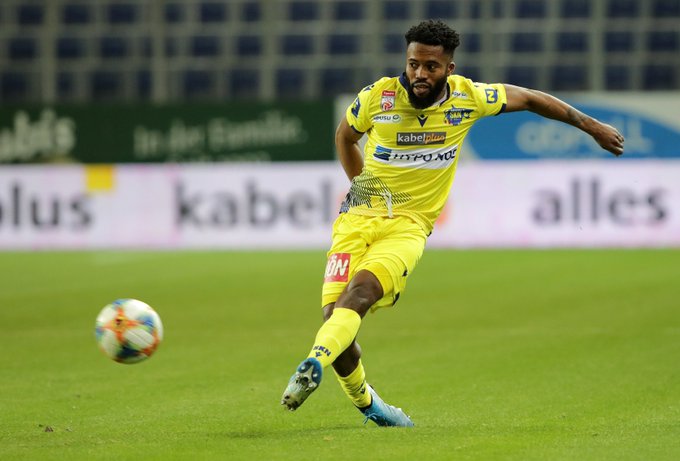 SKN St. Pölten have handed a new one-year contract to Sierra Leone international George Davies, keeping the midfielder at the club until 2021 with an option to renew.

The 23-year-old’s new Pölten deal comes after his recent fine form with strong performances over the past few weeks.

He won his first major accolades in Latvia with FC Riga. The Latvian Cup and Virslīga League title during the 2017 and 2018 seasons while on loan.

Davies initially joined the Austrian Football Bundesliga side on a free transfer in 2017 from German second league side; SpVgg Greuther Fürth on a three-year deal.

“We are very pleased that George has decided to extend his contract with us. He has proven with his achievements in recent times that he is an important part of our team. Therefore, we are very happy that we will have him in our team again in the coming year, “says General Manager Andreas Blumauer, pleased about the contract extension. Glad he stayed with us, George!

He has participated in several international youth tournaments with FC Johansen and won the 2011 Swiss U-16 Cup where they beat Liverpool in the final courtesy of his goal, to finish as the tournament’s top goal-scorer.

Davies, a regular for Sierra Leone in recent international matches. He was sent off against Lesotho in the 1-1 draw during the African Cup Of Nations opener in the closed-doors tie in Freetown.