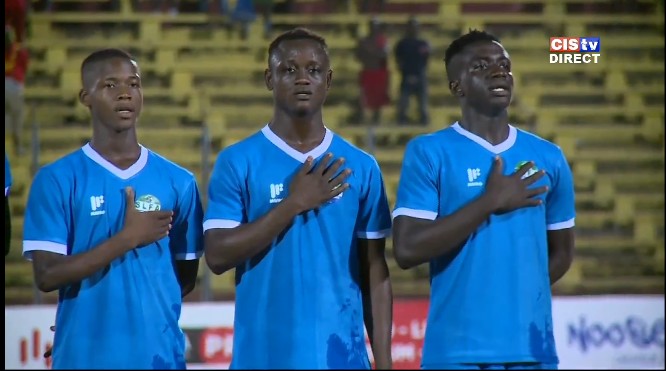 Suffian Kalokoh scored a hattrick as Sierra Leone beat 10-man Mauritania 3-1 at the 28 September Stadium to keep alive their hopes of reaching the West African Football Union (Wafu) Zone A Under-20 Championship semifinals.

Mauritania opens the scoring after 30min through Mbareck Oumar before their keeper was sent off after committing a foul on Suffian Kalokh who scored the equaliser in the 47th minute from the spot-kick.

The young prolific Bo Rangers striker completed his first international hattrick with a brace to sink Mauritania who lost their opening match 2-0 against host Guinea.

As a result, Sierra Leone’s Shooting Stars, who lost their opening match 4-1 against Senegal, must beat Guinea on Friday to be sure of reaching the competition semifinals.

Hat-trick hero Suffian Kalokoh was named Man of the Match