Sierra Leone down to 118th in latest Fifa ranking 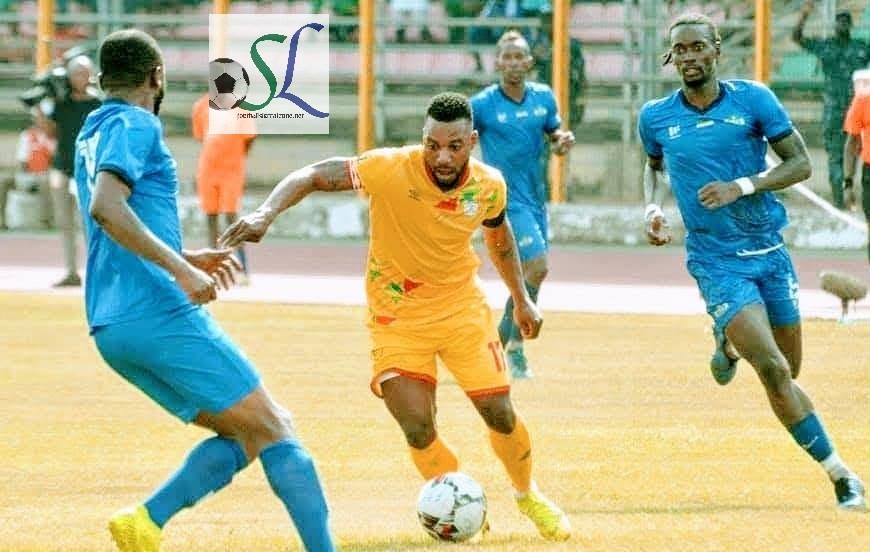 Sierra Leone have moved a place down from 117th to 118th in latest Fifa ranking announced Thursday, November 28th following a home draw with Lesotho, and defeat to Benin in their opening two African Cup of Nations qualifying matches.

The Leone Stars of Sierra Leone open their Cameroon 2021 campaign with a 1-1 draw in a closed-doors encounter against Lesotho November 11 before a 1-0 defeat in Benin a few days later.

In September, Sierra Leone was eliminated from the 2022 World Cup preliminary qualifiers by Liberia on a 3-2 aggregate scoreline over two legs.

Nigeria’s back-to-back wins secure 1493 points as they climb four places ranked 31st in the world and third in Africa behind Senegal and Tunisia who occupy first and second place respectively.

The Desert Warriors of Algeria, 2019 Afcon champions, are placed fourth while Morocco, Ghana, Egypt, Cameroon, Mali and DR Congo complete the top 10 teams on the continent.

Meanwhile, Belgium are still top, leading France and Brazil, with England number four in the world. Since the last ranking, Croatia has leapfrogged Portugal and are currently sixth.

The next FIFA/Coca-Cola World Ranking will be published on 19 December 2019.

Sierra Leone down to 118th in latest #FIFARanking announced Thursday, November 28 following a home draw with Lesotho, and defeat to Benin in the #AFCON2021Q

The next FIFA/Coca-Cola World Ranking will be published on 19/12/2019. pic.twitter.com/SXFCzS5BRu