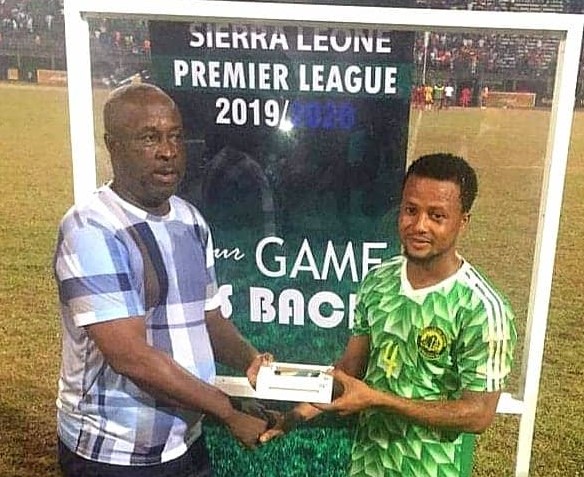 A Djibril Koulibaly goal in the 79th minutes helped the Waterfronts boys edge out their East End giants rivals in their opening fixture of the new campaign at the Siaka Steven Stadium on Saturday.

Port Authority midfielder Alfred Nyuma (Shakila) was named Man of the Match after a brilliant performance for his side.

The Killers under the supervision of John Keister went undefeated in 24 matches en route to winning the 2019 league title.

Keister’s men open their 2018/2019 season with a victory over Mighty Blackpool in January 2019 since then they never look back.

On Friday, East End Tigers opening their campaign with a 1-0 victory over Republic of Sierra Leone Armed Forces soccer team.

It's all over at the Siaka Steven Stadium ?️ RSLAF 0️⃣ – 1️⃣ East End Tigers.

A debut goal for new striker Phillip Neville and away victory for our Tigers. pic.twitter.com/sRGXLQLE0I