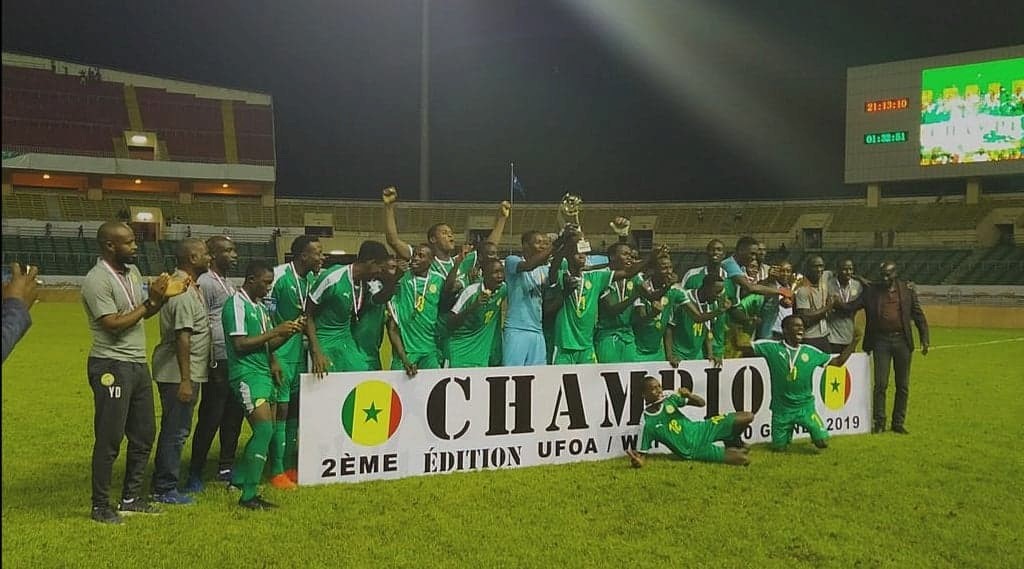 Senegal are the champions of the 2019 West African Football Union (Wafu) Zone A Under-20 Championship after beating Mali 2-0 in the final at General Lansana Conté Stadium in Nongo on Saturday.

The Senegalese opened the scoring in the 14th minute through N’diaye Abdoulaye from a free-kick.

The Malians forced their opponent to retreat as they search for an equaliser, but a resilient Senegalese defence was at there best in the first 45 minutes.

After the restart, an own goal from Malians Eagles defender, Lassine Tangara was enough as Senegal won the WAFU second edition championship.

Sierra Leone who lost heavily to their Senegalese counterpart in their opening game of the competition were defeated 8-7 on penalties following a goalless draw with The Gambia in the third-place contest.