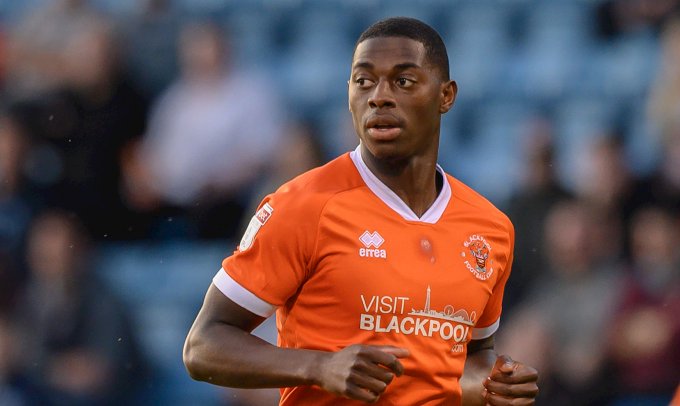 Boss Simon Grayson has revealed that a stomach bug was the reason Sierra Leone native Sullay Kaikai was subbed off at half-time during Blackpool’s 1-1 draw with Sunderland on Saturday.

Matty Virtue gave the Seasiders the lead after just four minutes before Charlie Wyke scored for the home side to cancel out Virtue opener.

After a difficult first half spell, the winger was replaced by Sean Scannell for the start of the second period.

Manager Grayson explained Kaikai had asked to come off during the interval.

“He’s just got a bit of a stomach issue,” the Pool boss was quoted as saying in the Blackpool gazette.

“You could tell Sullay was one of those players who didn’t influence the game.”

“Over the last few weeks, there’s been periods of games where he played well, and other periods where he’s been quiet.

The Seasiders are fifth on the League standing winning three of their last six matches.

Watch the highlights from our draw at Sunderland here:
⬇️https://t.co/uOPQ8ESgBY pic.twitter.com/2kqndFGM5P