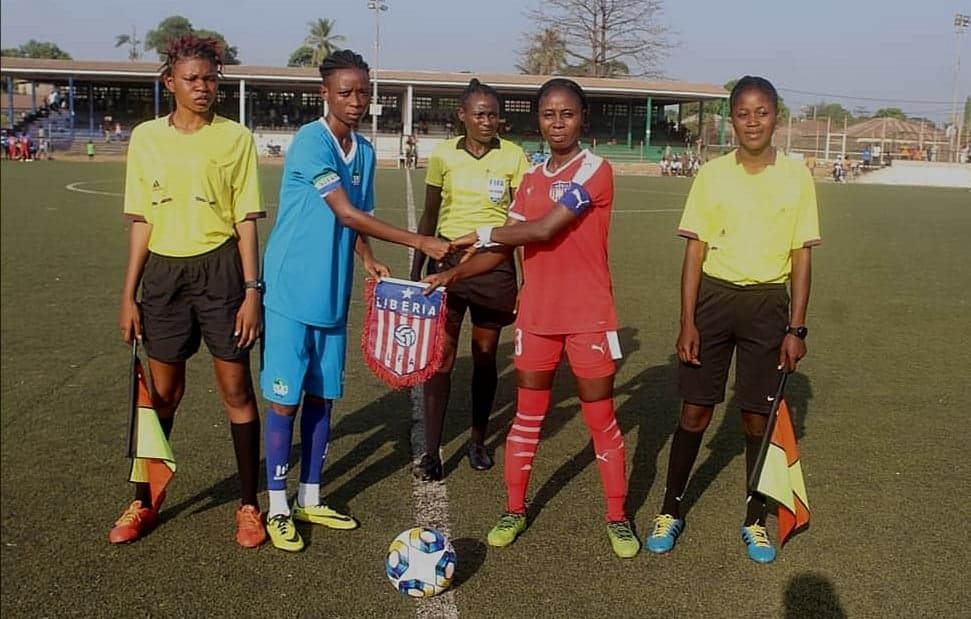 Sierra Leone’s Sierra Queens played to a 2-2 draw against their Liberian counterparts in their friendly international in Makeni on Wednesday.

Kantie Sayee scored an injury-time goal as Liberia Female A team battle for a draw at the Wusum Field.

The Liberians came from behind twice to secure parity. Serah Sesay put the hosts in front after Earth Angels goalkeeper Massah Konneh failed to clear her lines.

Wuya Mohai restored Sierra Leone’s lead when she headed in a corner from defender Rashidatu Kamara, who plays for Earth Angels in the Orange female league.

Kantie ensures her side went home undefeated as she secures the equalizer after collecting a pass from Earth Angels striker Angeline Kieh.

Elsewhere in Bo, Marie ‘Fabio’ Conteh and Kumba ‘Pele’ Brima scored as Sierra Leone defeat their visitors 2-0 in an under-20 female-friendly contest.

Liberia under-20 will also clash with Mogbewma Queens on Friday and Mahmoud FC or Ram Kayany on Sunday.