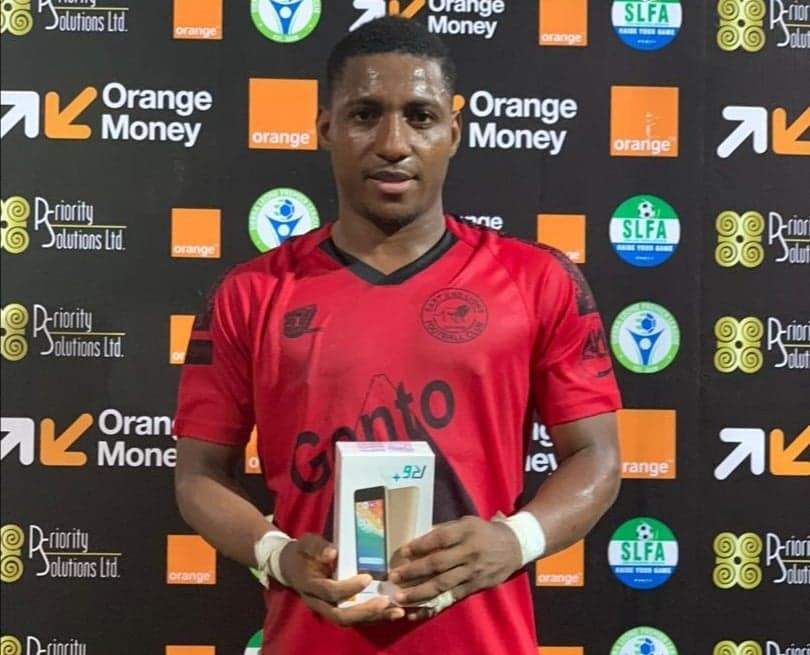 Former Boldklubben 1893 Kemson Fofanah was named Man of the Match on his debut for the Sierra Leone Premier League reigning champions East End Lions on Friday.

Fofanah, who recently returned home from Danish third-tier side Boldklubben 1893, was named Man of the match by the Technical Observers having helped Lions to nullify Edwards.

The Killers register their first win of the season defeating Old Edwardians 1-0 in a pulsating contest at the Siaka Steven Stadium with the only goal scored by Alphajor Kamara.

The visitors failed to break the deadlock after Edwards’s Ibrahim Kamara’s spot-kick was saved by Lions’ shot-stopper Mohamed Kamara.

As a result, both sides played to a goalless first half.

37th minute after the restart John Keister’s side took the lead through Alphajor Kamara 82nd-minute goal and they held on to bookmarked their first win of the season.

Fofanah parted ways with the Danish side after his one-half-year deal he signed last August expired.

He was part of the Sierra Leone side that was defeated 4-0 in Iran during an international friendly at the Tehran’s Azadi Stadium March 17, 2018.

FC Kallon were forced to settle for a 1-1 draw in their last encounter against East End Tigers, who will play away to Anti-Drugs in the early kick-off at the Approved Mini stadium today.

League leaders Kamboi Eagles will go toe to toe against Bo Rangers. This contest has been described as South v East top table cracker at the Bo multi-purpose stadium.

Alphajor Kamara's 82nd-minute goal was enough for the reigning champions to register first win of the season. pic.twitter.com/kgeoMvOExL