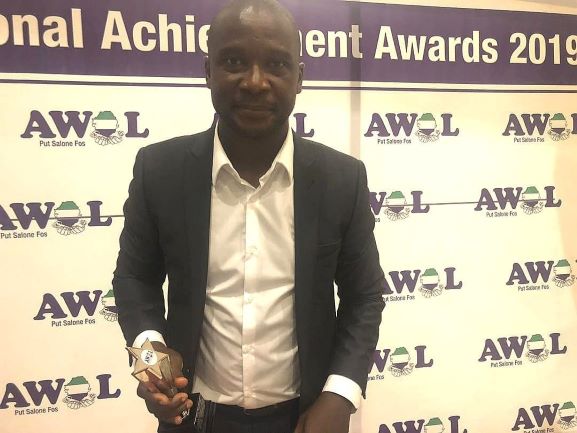 He was named winner through unanimous votes during the 14th edition of the National Achievement Awards (NAA) organised by the All Walks Of Life (AWOL).

The Lions’ technician was presented with the award at the Bintumani Hotel Auditorium Aberdeen, Freetown by the president of the Sierra Leone Football Association (SLFA), Madam Isha Johansen on Sunday, 29th December 2019.

“It’s a great pleasure for me to be recognised and awarded by the All Walks of Life”, coach Keister said.

“This award is as a result of the hard work put on by us all, my dedicated technical staff, and committed players of East End Lions,” the Leone Stars assistance coach maintained.

The former FC Johansen coach and CAF instructor thanked the people of Sierra Leone, especially sports fans who overwhelmingly voted him to claim the prestigious award.

“I’m pleased to be recognised for a dedicated hard work towards the game of football.”

“This award is dedicated to my family, fans and players of East End Lions Football Club,” he concluded.