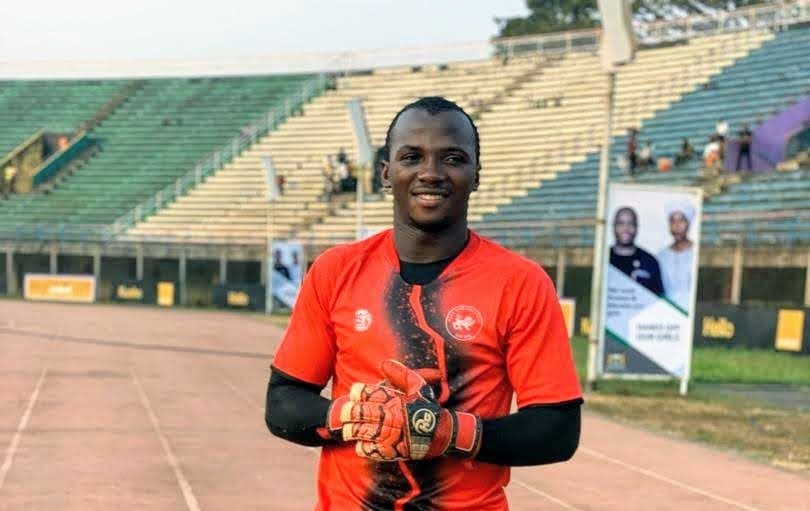 National home-based keeper Mohamed Kamara could face up to six weeks on the sidelines with a fractured right ankle.

Kamara’s woes came after colliding with another player during their 1-0 win over Old Edwardians on Friday.

The East End Lions keeper, who was subbed off in their last victory confirmed after his scan at the Connaught hospital in Freetown that he will miss important matches in the new year.

Kamara has started all game this season including their first win over the May Park Boys on Friday.

“After my x-ray, the doctor told me its a fracture. I’m going to be out for up to six weeks,” Kamara to FSL news.

“I’m going to miss my second family, my teammates, everything we have been doing, I am not going to get involved for a while. I’m sad, but hoping to come back stronger.”

The Reigning champions will have to do without their first-choice shot-stopper in 2020 matches against Central Parade, Freetown City FC, Anti-Drugs Bo Rangers.

Kamara was seen pictured with Plaster of Paris (POP) casts which are often applied as means of repairing fractures.

East End Lions goalkeeper out for up to six weeks

Kamara was seem pictured with Plaster of Paris (POP) casts which are often applied as means to repair fractures. pic.twitter.com/APKubfIEGF