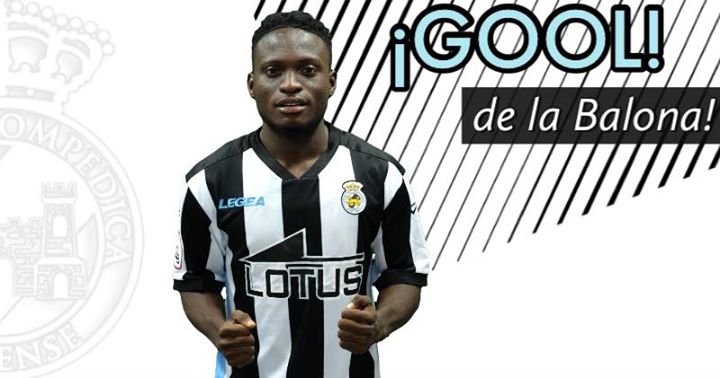 Sierra Leone-born Alhassan Koroma scored his first maiden goal for Real Balompédica Linense in the Spanish third-tier league Segunda B in their 2-1 win over Talavera de la Reina on Sunday.

Koroma, 19, who was making his ninth appearance, double his side lead in the 78th-minute en-route to victory in front of the homes fans.

Its was back to back victory for his side following their 1-0 win over San Fernando Club Deportivo before Christmas.

The East End Lions on loan player started the game on the bench and was subbed on the 71-minute replacing Alberto Malagón Tito.

Koroma, who started his career in Port Loko District, Northern Sierra Leone with Marampa Stars FC, joined the Spanish outfit in July on a loan deal.