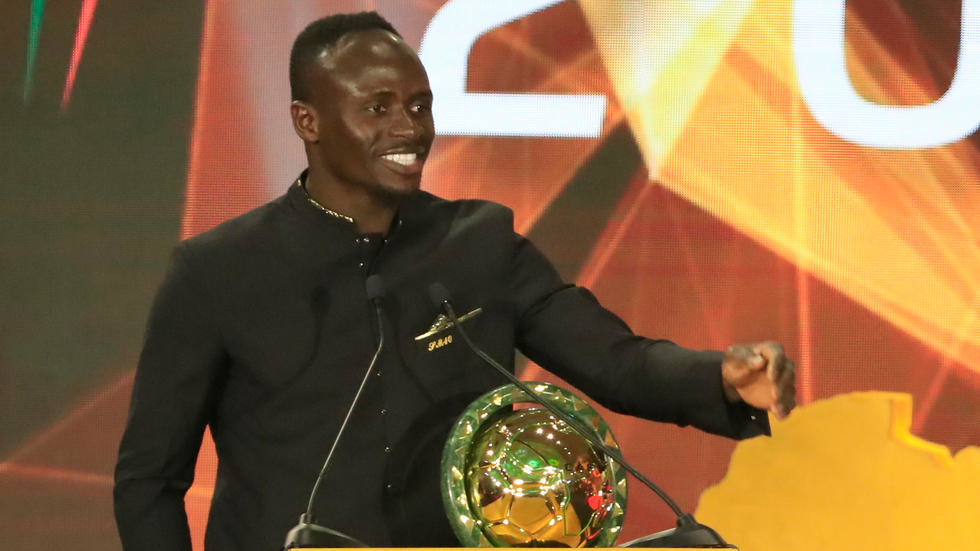 Senegal’s Sadio Mane has expressed his delight after being crowned 2019 CAF African Player of the Year with Mohamed Salah finishing second.

“I am really happy at the same time, I am proud to win this award,” said Mane at the ceremony organised by the Confederation of African Football in the Egyptian Red Sea city of Hurghada.

Mane and his Liverpool teammate, Salah were both named in the final three for the award, with Man City‘s Riyad Mahrez lining up alongside the Reds duo.

Liverpool’s No. 10 clinched the award, which took place in Egypt, for the first time having finished second in the last two years while coming third in 2016.

His 2019 also saw him named as the Premier League‘s joint-highest goalscorer alongside Salah and Pierre-Emerick Aubameyang with 22, where his calendar year totalled 31 goals across all competitions for the Reds.

He was instrumental in helping Senegal to the final of the Africa Cup of Nations over the summer, where his side fell to a narrow defeat at the hands of Mahrez’s Algeria.

Salah, meanwhile, has relinquished his hold on the title having been named Africa’s best footballer for two years running despite matching Mane’s title haul and netting an impressive 25 goals for Liverpool throughout the year.

Having finished fourth in the Ballon d’Or, being named the best player in Africa caps off what was a stunning year for Mane – and at his current pace, 2020 could yet be just as memorable and rewarding.