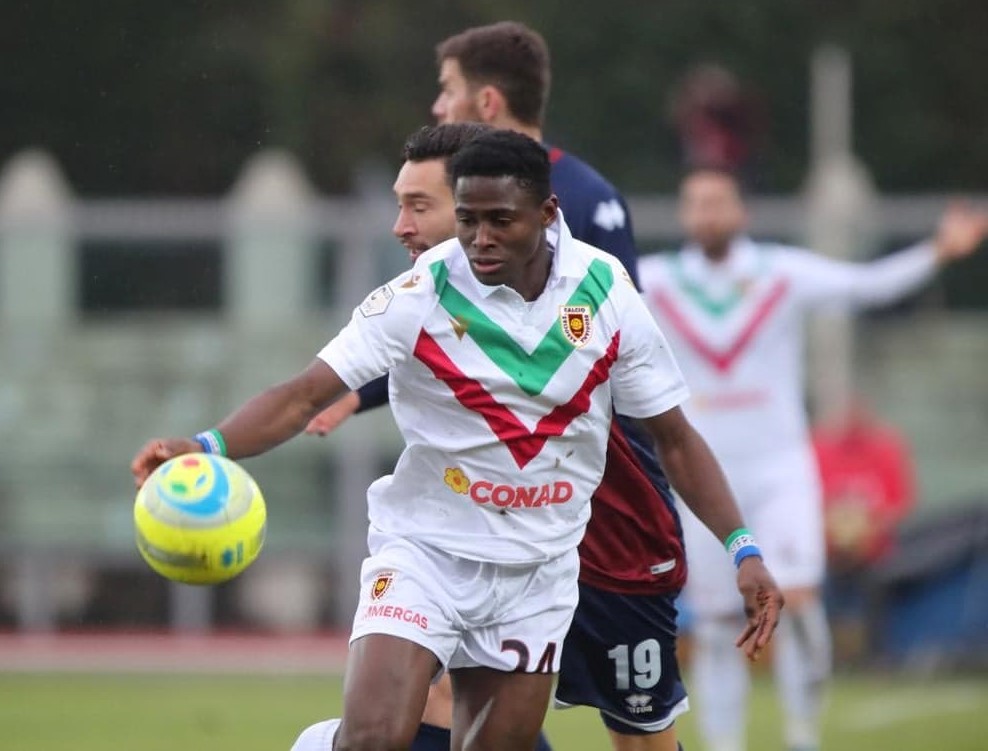 The Sierra Leonean striker maintained his impressive form in the Italian Serie C with his fourth consecutive goal in Reggio Audace 2-1 win over Imolese Calcio 1919 on Saturday.

Inform Kargbo scored his seventh and Reggio Audace first goal in the 28th-minute en route to their fourth straight win.

As a result, they are two points adrift from league leaders LR Vicenza, who played later today.

“I’m delighted to be able to help the team. I’m happy with my goals and the win. As I have told you before, the objective this season is to get Serie B promotion,” Kargbo to FSL News.

Reggio Audace next Serie C outing will be against Feralpisalo FC away on Wednesday, January 22nd before hosting Sudtirol Monday, 27th.

Watch Kargbo’s Highlights in win over Imolese Calcio 1919 on Saturday.